The return of Everett True | 73. Sleater-Kinney 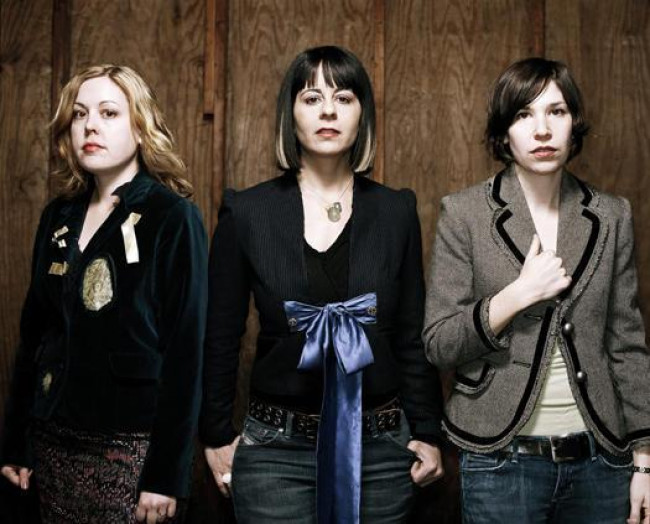 So how does Everett True feel about the news Sleater-Kinney has reformed, you may be asking yourself.

1. Everett True does not like the idea of bands – especially bands rooted in righteous fire and energy – getting back together, per se. Often, Everett True feels, the motivating factor is lack of inspiration, drive or money. Or all three. None of these, Everett True reckons, is much of a reason for getting the band back together. He liked it when it happened in The Blues Brothers, but that was decades ago.  He didn’t like it when he saw The Wedding Present a few years back. He felt it false, pointless. He fucking HATES the Pixies these days with a passion. (We’re talking Pixies, post mid-90s here. I know because I asked him.)

2. Everett True does not feel, however, that  any of the above are motivating factors for the re-emergence of Sleater-Kinney. Evidence would indeed suggest the opposite. I mean, sure Everett True didn’t like Wild Flag – did anyone really?, beyond understandable nostalgia for Sleater-Kinney and the ladies of Wild Flag’s other bands – but everyone bar everyone goes on about how wonderful Portlandia is, and the drumming of Janet Weiss makes him go weak at the knees. As indeed do her band Quasi. And anything else she’s involved in. Except Wild Flag, obviously.

And dude, I… I mean Everett True… dug The Corin Tucker Band the most.

3. Everett True thinks that very few people can howl so coherently and cogently as the ladies of Sleater-Kinney, very few people can make such adrenalin surge down the spine just by opening their mouths to sing. Everett True also believes that the guitar was created to be played by a woman, and that the ladies of Sleater-Kinney fucking ROCK like few others, whatever gender. I know, because I also asked him about this.

6. Everett True is also a fan of many of the bands that are fans of Sleater-Kinney.

7. Everett True doesn’t understand why lists like this always have to count up to 10. When it comes right down to it, Everett True couldn’t give a shit about any of the above, he just listens to the song and when he listens to the song and it ROCKS and it fires his lust for life and it’s got hooks that will resonate round his head for years to come and a full-throttle sound that makes him pound a virtual hole into his desk and, yes, that tangled riffage pounding out of the guitars and, yes, Janet Weiss drumming then… well fuck’s sake, you know?

4 Responses to The return of Everett True | 73. Sleater-Kinney