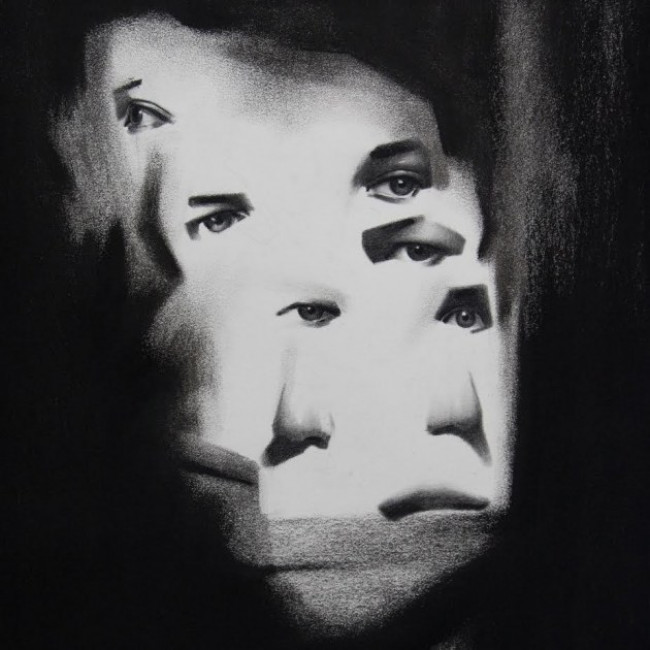 Cue to a back alley. With their cracked sidewalks that yield scuttling cockroaches at night, they do attract young punks hungry for a back story. To be sure, no one knew the five boys of Muuy Biien then; and one member, at least, was frying chicken for a chain restaurant to make ends meet. So everyone donned the guises of white trash, and vented accordingly – albeit with clunky lines, like “a casualty of poverty to rid the formulaic” and “don’t abandon yourself to amazement”, but with enough spit and sweat to swing ‘em past yr ears. If that had happened in DC, no one would’ve have budged, but Athens had not felt such feral punk in years – folks raved and raved, on paper and even on a brief documentary. At any rate, even with the clumsy acting, you could actually see the nothing in the nihilism, via the black holes of drones and drifting noise in between the rage and bruises.

When I came to Athens in 2013, I saw Muuy Biien’s costumes at my very first gig. Leather jackets, Hawaiian shirts, even Evans’ plain white tee all signified roles – peak masculinity, gang mentality, authenticity for the sake of a reinforced patriarchy. Or, as my fledgling self saw it from the wall, five badass dudes who attracted crazed mobs. I didn’t realize then that these were poses – after all, I had no one to compare them to – but so they were: projections of discontent, exacerbated through performance. Back then, I was terrified.

Now Athens is a stage, and the stage is set with showers of sparks. And, as we all know, when sparks land on old timbers, they ignite.

Evans is Billy Idol. Not in sound or vision, but through the unabashed, contrarian delight in scripted kamikaze. Muuy Biien’s second album, DYI, prominently features a man hanging himself. The songs flirt openly with suicide, blaming an apathetic society for the loss. They were still good, mind – indeed, better, for now bass lines bounce and purr, guitars curve into jagged hooks, race into empty nooks in the cranium. Hell, I wrote a big love letter to the guys via Gold Flake Paint, because I thought I still saw the void. Perhaps I did.

The mobs grow bigger. Once – just once – I let them tear me apart, until I clawed out and could bump and jive through the mosh pit on the edge of my nerves. Other times, I’m back at the wall, watching Evans’ controlled collapse. At their peak, they could headline at a tiny place like the Go Bar and attract crowds that piled outside for a glimpse into the packed club. Back then, I was still in awe.

After the peak comes the trough. From my position in Athens, I couldn’t see where or when exactly Muuy Biien stepped off – but they stopped playing in town. Other names stepped forward. Life went on.

When the band returns again to the circuit, the routine has changed. There are the furious, angsty songs that mattered so much, but then there’s a new one that’s all sharp angles and clever turns, like the Talking Heads but without the paranoia. And then there’s straight-up blues rock, where there’s no angst at all – no negation, no bitterness, no mirror. The last time I saw them – in a light crowd, spread across the generous space of the 40 Watt – I barely recognized any of the songs. Everything fiery and fiendish had been doused, subordinated to pantomime. No one was moshing. Back then, I was not intimidated – I was underwhelmed.

This is where we find Muuy Biien now with Age of Uncertainty – they have cast themselves as Men Who Rock, the modern-day Cramps who roll out the lumbering riffs and tower god-like in imagined gloom. Evans is somewhere between Birthday Party-era Nick Cave and Peter Murphy, yet without the scowl of the former or the cackle of the latter, and certainly with little trace of his own bratty yelp. It’s the peak of their acting career, and the nadir of their musical one – the boys sacrifice fidelity and fire to deal drugs, scorn hookers, reside over saloons, and stalk dark alleyways with the most clichéd cloak, a saxophone.

Honestly, there’s no need to linger on any page of this pulp fiction. There’s a fucking acoustic guitar tinkling on “If It Pleased You”, if that suggests anything. On the title track, the gaping drones that stretched into the void now merely yawn. Evans delivers a pompous monologue on “Skeleton Tissue”, which amounts to half-hearted sneering at no millenial in particular. Everything else swaggers and growls and flexes non-existent muscles, invents expertise from hot air, shows off shark suits that shall never be worn outside the stage.

On DYI, sparks birthed a flawed but ferocious monument; here, it’s melted back into chalk-hued slime, oozing like molasses down a clogged drainpipe. Best to remember Muuy Biien for their earlier acts – fists flying, knuckles scuffed, razors out, some semblance of self exposed. The boys ought to bow out now before they bury themselves under their alter egos.