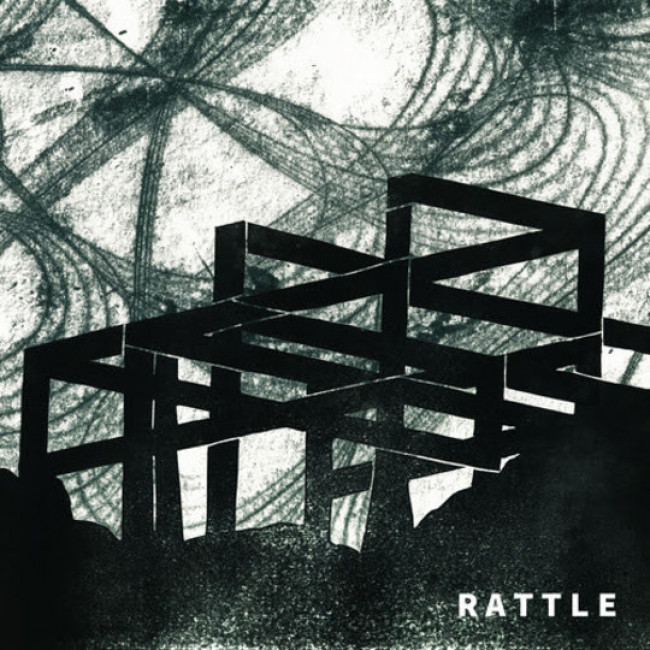 Why is this relevant? – and don’t worry, this won’t be boring, there will be a good old Pitchfork rant soon! Because although dancing usually is about architecture, music surely isn’t. For one, music moves in relation to time rather than space, its building blocks being the beat, measure and the sequence of a melody. Except for Rattle. Rattle, with their double set of drums and sparse vocals, sound like architecture. They are a kind of London brutalism with more open space, or perhaps the sort of structure Howard Roark from The Fountainhead has in mind. Certainly as ruthlessly uncompromising. And I’m not the only one who hears this. The ever perceptive Lee Adcock thinks of Lego blocks when listening to Rattle: “The two women of Rattle seem to regard their rhythms like pieces from a K’Nex kit; snap one here, another there, now break this off, and now wa-la, they’ve turned a house into a hovercraft.”

Indeed, Rattle sounds like the act of building, constructing – and at the same time deconstructing as well, as all these songs are spacious and empty, like the blueprint of a pop song. Not that Rattle are making it up as they go along: every song sounds carefully planned out, every ‘Boom’ and ‘Click’ and ‘Rattle’ right on time. This is minimalism in the most literal sense that there is; rarely anything superfluous is present. As such, it is daring in its honesty. Take ‘True Picture’, with its gentle ‘tu-da tu tu-da tu-da’, as if this is remotely catchy (it isn’t, and yet it almost is). Where do they get the courage from? Or, of course, ‘Stringer Bell’, the nervous single they describe as their ‘cocktail song’. To reimagine The Great Gatsby with this as its soundtrack requires an unequalled sense of freedom.

So now onto Pitchfork’s review of Rattle, which gets a 5.0. The album that is; reviewer Laura Snapes would get a far lower grade for how wrong she is. She too starts by noticing the freedom Rattle take, but somehow ends up concluding they’re not radical enough to revive drumming records. [Maybe she was coerced to do so? – LA] Of course, it is true that the drum solo is the lamest thing in rock music since Ringo Starr, but Rattle simply isn’t about that kind of male bravado (perhaps even the whole idea of a ‘solo’ is part of rock’s masculinity). Is that what P4K is talking about when they say that Rattle “doesn’t really offer any threat to the status quo”?

The band is accused of neither being violent nor possessing some ‘transcendent quality’ – and sure, Rattle isn’t a loud record, but the way it unsettles you, requires attention, grooves and shocks, that’s undeniably violent. Architecture is always oppressive, always reveals power structures. Pitchfork regrets that ‘Starting’, on which the words “It’s starting” are ominously repeated, never actually gets off the ground. As if some post-rocky climax-for-effect could be more threatening than not knowing whether the anonymous ‘it’ that is lurking behind the corner on the stairway has already started or is still waiting for an opportune moment to attack. Horror Soundtrack 101: it might be the bang that makes you jump, but the preceding quiet is what gives you nightmares.

Rattle is not the stuff of nightmares, though. It is, in its own radical, twisted way, a gentle, inventive and, dare I say it, catchy (at least in the sense that it makes me tap my foot) record. And the one thing I haven’t mentioned yet (but that Lee definitely expressed) is the infinite pleasure Rattle radiate. If anything, this album isn’t ‘radical’ or ‘deconstructive’ or ‘minimalist’: it is a game, building and playing with pieces and out of that, creating something new. While most bands only give us the final product, Rattle show us the process, the creation, the enjoyment.

One Response to Rattle – Rattle (Upset the Rhythm)