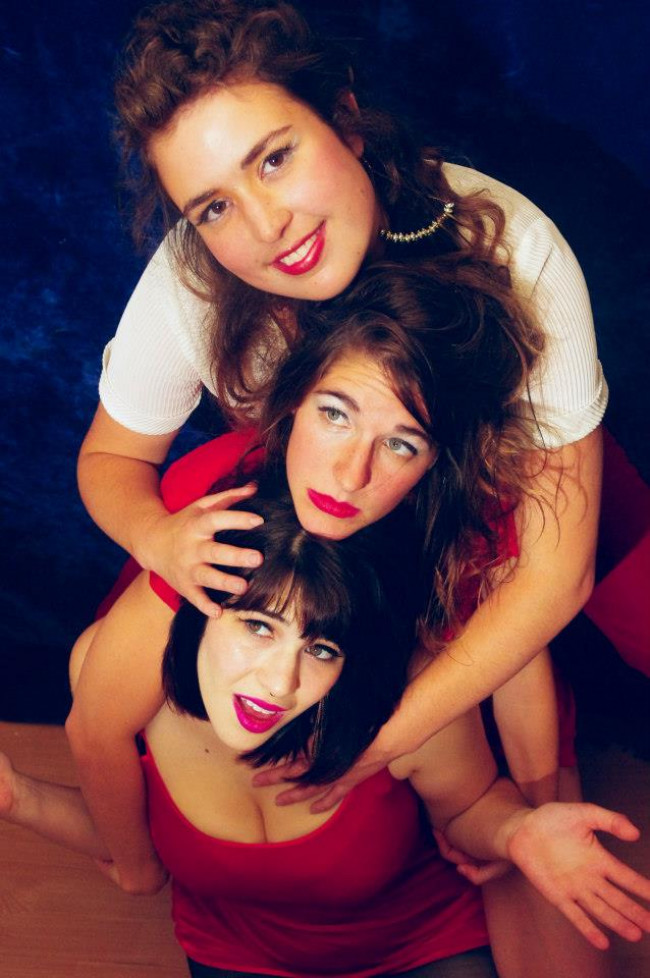 I love Hot Fruit. I love women who produce art for themselves and don’t ask for your approval. Women can be brave and rude and intelligent. Women can make you uncomfortable and they can set their own terms. Thanks, Hot Fruit

This one comes close to nailing it.

What is crazy is that when women post a video about how their purpose in life is not to satisfy men, a bunch of men comment about what pleases them or what should be changed in order to please them more.

The video is so striking, it’s easy to overlook how rad the music is. And the music certainly is rad. As Scott Creney wrote on Facebook:

It’s Divine, when she was at her most sensual (Hairspray, bam!). It’s Jane Bond And The Undercover Men, shed of the spying allegations. It’s Cristina, falling apart and bringing down whole phalanxes of perv admirers as she goes. It’s Gravy Train!!!! with an extra exclamation mark. It’s three women expressing, and reveling in, their own sexuality, so unafraid and with such good humour and so untied to conventional ways of expressing sexuality they can’t help but intimidate great heaving sections of the population simply by existing. Feminist queer rap from Olympia, WA. Damn, I fucking wish they would move over here to Brisbane and FUCK SHIT UP. Or, as they put it themselves:

it’s like::MASTURBATING SO HARD YOU GET YOUR PERIOD FOR THE FIRST TIME

The ladies have three ‘EPs’ out – ‘That’s Cute!’, ”That’s Weird!’ and ‘That’s Fucked Up’. The middle one contains the song showcased above, but they’re all rad, guaranteed to irritate the shit out of any of your friend who like ‘proper music’. (I say friends. Let’s have a good long hard think about that.) You know there’s something totally right with a band when the ‘dislikes’ far outstrip the ‘likes’ on YouTube.

Or, as the misogynists in the mainstream put it:

This is the hardest game of Kill, Fuck, Marry of all time.

Fuck myself and then kill myself.

My answer…after much deliberation. Is kill Mustache, fuck Boobs, and marry Saran Wrap. Which I think it the same as your answer. Great minds, bro.

Marry one, fuck another, kill myself.

What is crazy is that when women post a video about how their purpose in life is not to satisfy men, a bunch of men comment about what pleases them or what should be changed in order to please them more.

Many, many thanks to Tamsin Chapman for tipping me off to this.

…and there’s NOTHING wrong with Saran Wrap!