The Definitive Best Albums and Songs of 2014, Because Lee Adcock Said So 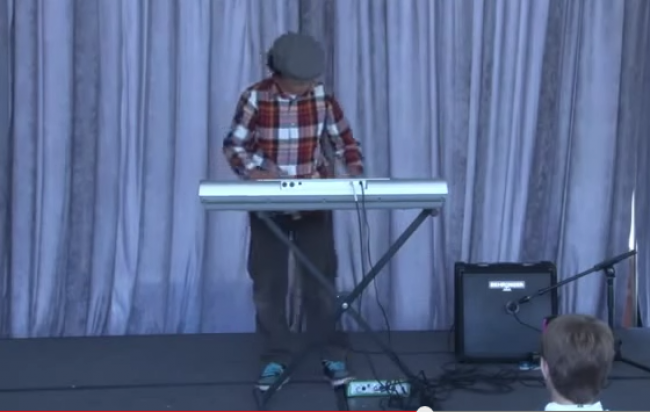 We know – you’ve been watching the best-of lists crop up on your social media feeds with fists firmly clenched, teeth gnashing, curses rolling off your tongue. “Confound these posers!” you might cry. “Where’s Collapse Board?”

Well, here we are, and here I am. (I suspect that Everett didn’t ask me for any pop songs, because he knew I’d roll out my own list anyway. Either that, or I’m still not as authoritative/righteous as Scott, Neil, or Tamsin, which I admit I’m not. Either that, or he just forgot. This happens.)

Weird, eh – this time last year, I had just wandered into the fold, and so I offered my list rather timidly. Now look at me! Editor, regular CB album reviewer, DJ at Dandelion Radio, health journalist(ish), local music critic. In other words, I’ve been multi-classing like crazy.

More importantly, I’ve been sounding out my own brain, opening new compartments, bridging gaps in the neuron highways. I’ve moved closer to downtown Athens, and have thus moved closer to people and the places they gather. For years, I stayed on the fringe – in a country home, or in corners of my high school campus instead of the lunchroom, or huddled in my room at college with a book and the world unraveling in my ears. Had no clue how deep a hole I’d dug until I started crawling out.

Anywho. You could take this list as a definitive collection of quality, of “top picks” (and all those other best-of buzzwords) from a discerning writer who happens to also be a chick. Me, I see this list as a chain of memories. These albums either hit me at just the right time, or stayed in the car for months, or just smacked me over the head and left permanent scars. But they’re all pieces to the big master narrative, the great coming-of-age tale of the decade. Come this way. We’ll go in chronological order – that is, the order that I discovered each item. You’ve seen some of these before…

Eureka California – Crunch (HHBTM)
Yes yes, the local hometown slacker pop heroes…fact is, though, I’ve heard this album more than any other on this list, simply because I’ve been to almost every Eureka C show in town. Yeah, like that unusually cold night on the roof of the Georgia Theatre, where we huddled under heat lamps, and when some other local darlings dragged on for an hour and everyone else dragged on cigarettes; or that odd art-damaged house show crammed with people; or the umpteempth times that they graced the neighborhood bar that is Little Kings, which were generally the best times due to the couches and the refrigerated gummy bears and the familiar faces. Ohhhh but I ramble. TUNE.

Sleaford Mods – Divide and Exit (Harbinger Sound)
I believe in these guys, I do. I believe that two ordinary blokes can bang out solid tunes and rise to minor celebrity status while holding firm to their ideals. Not many bands can claim to stand for much of anything these days, but a Modz fan puts his faith and cheer behind the duo because they represent us undertrodden folk. (yes, Modz – with a zed, you cunt.)

XXiu Xiu – Angel Guts :: Red Classroom (Bella Union)
The record that you shouldn’t listen to while driving, but which I have anyway, and at least half a dozen times. The one that planted the terror of crosswalks. The acid bath that I swore I’d drown in if I could. Sadly, this track doesn’t turn me on like it used to – but oy, what fatally gorgeous acid this still is.

Future Islands – Singles (4AD)
Damn it. God fucking damn it. I wasn’t going to include this one on my list, but I’ve built too many memories around it – like when I poked down to the record store on the day of its release, and Future Islands filled the room; or the day that one of my classmates drove us to the airport and told me to the man the radio, and the slick MP3-churning screen befuddled me so much that I insisted on an old-fashioned CD; and of course all the hoopla about the front man shimmying on live TV, and then the conversation that followed after about how hard the bloke had worked to get there. Too many fucking memories to be left out. And yes, those bloody pipes. And those bloody moves. God, I wish I could own a song like this guy does.

Millie & Andrea – Drop The Vowels (Modern Love)
Words look pale and tiny when I try to string them together and form some meaningful praise for Andy Stott. Whatever blackness I’ve seen, I can’t quite conjure it. Whatever gravitational pull has dragged me down there, I still can’t harness it. The wounds, at least, bleed bright enough for everyone to see. This LP will rip you to shreds if you don’t watch your step.

Eagulls – Eagulls (Deranged)
The go-to record when the road stretches miles and miles before you. No bold artistic move here, ladies and gents – just dour Leeds-ish ranting and gutter walls of sound and Fugazi levels of screaming at everyone in your way. YOU’RE THE PAIN IN MY NECK. (As mentioned previously, this looks more like their natural habitat to me.)

Neneh Cherry – Blank Project (Smalltown Supersound)
So much class. So much swagger. Neneh could always hold her own, but god damn, has she matured since the Buffalo Stance days. And god damn, can she woo. I swear, I lusted after this voice for a good week.

Peter Escott – The Long O (Bedroom Suck)
Eesh, my head is wrapped up in romance, innit? That’s OK. Particularly when a humble fellow like Peter lays himself bare. I wrote the review for this one in a coffee shop on a rainy day and channeled all sorts of film noir-ishly romantic thoughts. (And now I’ve just seen this video and can’t believe I didn’t use it before.)

Honeyblood – Honeyblood (Fat Cat)
An eternal taste of summer. Huge. The Breeders of the year, or at least in a cottton-candy-colored parallel universe where college kids still cared about rock. Soda fountains and open fields and confessions whispered to your one and only best friend. Music to swoon to. Look, they’re so good that I can’t even form a sentence. (I’ll also admit that Everett found them first. This doesn’t happen too often lately.)

David Thomas Broughton and the Juice Ensemble – Sliding the Same Way (Song, By Toad)
You wonder sometimes – eh, who am I to put thoughts in your head. I wonder sometimes if the kids these days consider what impact their words could have. David does. He and the Juice Ensemble carry the world in their words. True folk music – that is, music from the folk, from people and their pasts, enriched with stories and morals. Lawd, yes.

Throwing Muses – Purgatory/Paradise (HHBTM)
Umm, just click the link above, would you? That last article was such an exhaustive thought record, that my head is all thunked out. Yes, that’s a word. Besides – do I really need to explain why this one’s on the list? Exactly.

Crayon – Brick Factory (HHBTM)
Yeah, I know. This is the third HHBTM release on the list. SHUDDAP. And if you don’t have a badge, then get out of the treehouse. Outcasts only.

Henry Plotnick – blue fourteen (Blue Tapes)
The next name that critics will drop when they refer to the outer realms of the avant-garde. Steve Reich, Terry Riley, John Cage…Henry Plotnick. An abstract plane of dots and dashes interweaving in grids, in patterns that our naked eyes could not see until Henry mapped them out. Overload becomes rapture.

Ex Hex – Rips (Merge)
One of those LPs that you hear at least four times over elsewhere, and find yourself coveting the riffs of, and rejoicing whenever the first track storms in, and scanning the counter avidly for its rainbow cover – and so forth, which convinces you that god damn it, you need this sucker in your hands.

And now for a few songs that leaped out from their album fellows. Not in chronological order at all.

Chimney Crow – “Run For My Life” (from Chimney Crow Is A Band, Electric Phantom)
I’m actually cheating here. Shhhh. My memories, remember? Anyway, I couldn’t get enough of this juicy cheesewad earlier in the year. Indeed, I’m always down for a good synthy thump, and especially the whacked-out, wavy, Residents-y basement hits that Chimney Crow slug out from time to time.

Ballet School – “Heartbeat Overdrive” (from The Dew Lasts An Hour, Bella Union)
I don’t think I praised this track enough when I reviewed Ballet School earlier this year. Granted, yes – anyone who’s grown up or even grown partial to Cocteau Twins can shrug off The Dew Lasts An Hour as a mere echo of the enigma. Yet I FEEL this one – I FEEL the yearning, the heartbeat pummeling the chest, the fluttering of this new youthful sensation whenever the person that triggers it approaches. Oh, me. Don’t give yourself away, now.

Slum of Legs – “Begin to Dissolve” (from a 7” on Tuff Enuff)
Euphoria. Pure and simple. Oh, and a séance. See? A euphoria so pure and simple that it TRANSCENDS LIFE ITSELF.

Andy Stott – “Faith in Strangers” (from Faith in Strangers, Modern Love)
I’m in love. There. I said it. The sunlight streams down whenever this comes around, even in the dead of night. In fact, especially in the dead of night. Someone tell me what this sounds like. I don’t know anymore. I just melt. The light consumes as viciously as the dark. Save me.

Ex-Easter Island Head – “Mallet Guitars Three, Movement III” (from Mallet Guitars Three, Lowpoint)
I remember when I first heard this. I was in the kitchen in the mean landlady’s house, stowing away the dishes since she never did. This came on and grabbed me. Stretches as far as the horizon, as far as the clearest and bluest sky. No clutter. No ego. Just the infinite sky.

Tricky – “Nicotine Love” (from Adrian Thaws, False Idols)
Y’know, the first time around, I totally missed the Vince Clark connection. No wonder that throb excites me so much – and yeah, draw an innuendo from that if ya want. Ya can’t even contemplate the tune without melting into a lusty sigh. Oh, Francesca, darling. Now, yes, the street-level “realism” that punches holes through the LP infected this un, too, and that’s regrettable. But alas. (that’s why I chose this totally off-the-chain holographic video filled with smokin’ chicks instead of Tricky’s “gritty” newsreel montage.)

Benjamin Shaw – You & Me (from Goodbye Kagoule World, on Audio Antihero)
…and all three covers of it, each version a world away from the last. But Ben and only Ben wrote the stanza of the year, the refrain for frustrated writers everywhere:

And that’s all for me, kiddos. For now, anyway.