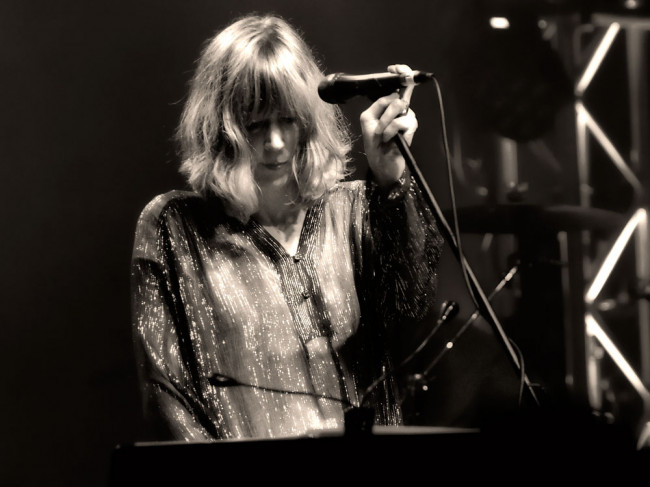 When do you fall out of love with a musician? At what point do you decide to quietly (or otherwise) withdraw your patronage and stop taking an active interest in what do they do? I’ve always considered myself to be fairly reasonable in that I’m generally happy to overlook a disappointing follow-up to a dazzling debut album but if you’re not making progress by the third album that’s probably where we’ll part company. Once you’ve got me through to the fourth album, you’ve probably got me as a fan for life.

All of this has got me trying to remember and rationalise why Beth Orton dropped off my radar. Her second album, 1999’s Central Reservation, was a stronger album than her debut, and also formed an integral part of the soundtrack to my first trip to Australia and the drive from Sydney to Cairns and the 48 hour bus trip back. Given this, it’s all the more perplexing as to why I didn’t automatically follow Beth Orton to 2002’s Daybreaker and possibly beyond. Was I on holiday when it was released? Or busy with work? Or was it an album I meant to get around to buying and just never did? I also had an overzealous streak back in those days and if an artist didn’t release an album on vinyl, that was generally the end of us. Is the reason why there’s been an almost 20 year gap because she only released her third album on CD? I think I can remember seeing it on vinyl so maybe not.

Whatever reason it may have been, catching up with Beth Orton after all this time isn’t the heavy nostalgia that might have been expected, especially when it’s currently so heavily traded on by acts from the 1990s. The trailblazing folkronica, acoustic guitar strumming Comedown Queen persona of that era has reduced the folk component but really upped the electronica element.

There’s little room for sentiment with a set that starts with four songs from her latest album, Kidsticks. Although the album showcases a more electronic feel, undoubtedly influenced by the album’s co-producer, Fuck Button’s Andrew Hung, it’s still unexpected at just how much the processed sounds dominate when the songs are performed live. It reaches a climax with the glam stomp of single’1973′, but listening to these first few songs of the set there’s an undeniable and surprising Roxy Music influence. While at times it’s the sounds of early Roxy and the Eno adorned albums, at other times it’s the more refined and smoother sound of the later post-Eno band, as well as a host of New Wave and New Romantic bands that took Roxy as their primary musical influence.

The acoustic guitar sits in a stand off towards the side for much of the set, while Orton plays keyboards instead. It’s half a dozen songs before it gets its first outing via a mid-set interlude of songs from her earlier albums. It’s in these songs, when the instrumentation is stripped back that the vulnerability of her vocals are showcased, her voice sounding more fractured than ever.

‘She Cries Your Name’ and ‘Shopping Trolley’ are what you would call the most traditional Beth Orton songs in her set, as although the second half of the evening intersperses newer songs with old favourites, the older songs get a sonic overhaul that compliments the more adventurous turn she has taken in recent times. The likes of ‘Stolen Car’ and ‘Central Reservation’ don’t exactly need revitalising but it’s fascinating listening to these reworked versions to see how they’ve been contemporised to fit in seamlessly.

Much credit has to go to her band, guitarist Greg McMurray and drummer Alex Thomas. Although they largely remain off to the sides and in the shadows, their contributions power the performance and make it easy to forget that there are just three people on the stage.  Special praise goes to McMurray who breaks a string during the set but to the seeming obliviousness of Orton and Thomas. After a quick between-song retune he carries on for the rest of set with just the five strings but you would never guess that his playing is being hindered, and he continues to impress.

Usually when you lose touch with an artist and they drop off your radar, it’s only shared nostalgia that brings you back into contact. The glorious reinvention that Beth Orton and her band showcase tonight is revelatory. For whatever reason it was, it’s obviously time to catch up on what I’ve been missing since we last crossed paths.