Camperdown & Out – Couldn’t Be Better (Popfrenzy) 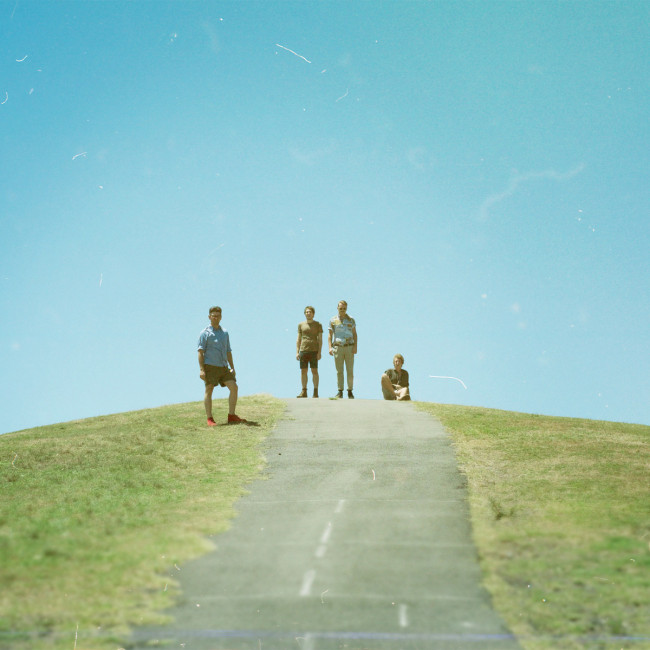 Are we jangled out yet? This trend Doug Wallen pegged in Mess+Noise last year as The New Melbourne Jangle (not exclusive to Melbourne) shows no sign of stopping and the reason is clear; like tropical-pop and folk-rock before it, jangle-pop is easy listening.

Some of it’s less easy than others but that’s a virtue. Dick Diver’s New Start Again may sound like a breezy afternoon jam but the cold diffidence of living off fortnightly Centrelink payments trying to feed your family grounds it in an empathetic reality. Bitch Prefect’s Big Time is a study in class envy and the resignation that comes with life fucking with you at every turn. Even The Stevens, who to my ears sound like Californian twee band Rocketship in all the right ways, turned in an EP last year full of confusion and regret.

The virtue of Couldn’t Be Better is primarily in the opposite. That album title isn’t as ironic or self-deprecating as it might seem – things apparently couldn’t be better. “Things couldn’t be better/You’ll never be down and out/Again,” goes the first single. The second, ‘Manly’, details a family trip to the beachside suburb of Manly, drinking a beer at the pub, walking down the street, sitting in the shade, lying on the sand. This is more or less how the album proceeds.

The major flaw here is in how superficially Couldn’t Be Better articulates its joy and anxiety alike. ‘Don’t Have A Dog’ is the first hint that there might be more to this than simple pleasures, complaining about unemployment, relative poverty and the desire to escape, but it’s all so banal and delivered so flatly that it’s impossible to feel anything about it. Starving’cos you don’t have enough money to stock your pantry is a familiar concern but Camperdown & Out do nothing to explore it past the mere fact of its existence and, well, it just sounds like an idle whinge.

Almost every lyric is sung so prosaically, with so much boredom, it’s hard to tell whether the joys are even that joyous, or the anxieties so crippling. The single speed with which the album shuffles makes it difficult to tell when something’s worth celebrating and when it’s worth mourning. Every feeling sits on a plateau of overwhelming indifference, so the self-loathing of ‘You don’t wanna know me!’ is indistinguishable from the alleged pleasure of “I’ve been drinking and singing all day long/Sitting on a beach in the Tropics of Capricorn”. So much so that when they do reach for genuine frustration on ‘Out Of Time’, it’s jarring, but it’s also the highlight of the album. As is ‘Follow Me’, the fiction (hopefully) of a dinnertime poisoning.

Couldn’t Be Better is an enjoyable frolic with plenty of pretty, surface level melodies but it feels a little like we’re going back to a few years ago when folk-rock was all the rage, Angus & Julia Stone had the biggest single in the country, singer-songwriters were suddenly everywhere, and “vintage” took the form of floral dresses and Doc Martens. Most of the music was pastoral, simpering, idyllic, boring. Similarly, Couldn’t Be Better portrays little of the bleakness of life.

Because life is essentially terrible. Open the paper, death and destruction. Open the internet, see all the people you loved are doing better without you. Look at your phone, another friend’s offed themselves. Your favourite band broke up. Your parents are gone. The soil beneath your childhood home is bloated with the corpses of cherished pets. Maybe Couldn’t Be Better is a reaction to all that, but it’s so disinterested in any reality I’ve ever experienced that it’s impossible to connect.

Once found a fiver on the street and didn't hand it in to the police station.