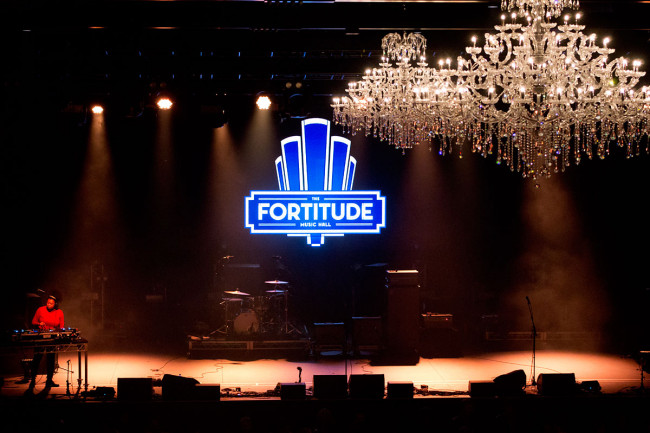 It had the hype. The media was all over it. Radio or TV, turn on either and you couldn’t escape the coverage. The opening of the Fortitude Valley Music Hall was an event.

But it wasn’t just a happening for the city’s musical community. It was a bigger moment, one which made a statement about Brisbane as a whole. While other cities were tearing historic musical monuments down, this one was putting one up.

At first, I didn’t want to swallow the spin. Live music was not, as the public relations line would have you believe, put on pause when they tore down Festival Hall back in 2003. None-the-less I couldn’t shake the fundamental feeling that with this hall’s opening Brisbane was turning a corner and that this night somehow mattered in the greater scheme of things.

With many of the city’s most successful musical talents of the last three decades on stage or in the audience, a feeling of nostalgia sat heavy. And this was a big part about what the evening was about. But for all this sentimentality about the past, my mind was on the future.

How much history was waiting to happen upon this venue’s stage or on the floor before it? How many of those stray and unlikely conversations, introductions or flirtations going in around the bars and the backseats were sowing the seeds for a new crop of bands or even a new class of Australian artist? Could these conversations sow the seeds for a band that rivals The Go-Betweens’ in songwriting and matching Powderfinger in commercial success?

I’m getting ahead of myself. The bands. I confess I only made it for the full set of Ball Park Music. Frontperson Sam Cromack looks fairly unassuming off the stage but slip a guitar into his hands and put him before an audience and he performs like a man of fire.

This is exactly what happened at the Fortitude Music Hall’s opening night. The crowd were buzzing as Ball Park performed all of the familiar hits – ‘She Only Loves Me When I’m There’, ‘It’s Nice To Be Alive’ and so on. And I’ll tell you something. When they did the whole place came alive.

Last Dinosaurs then performed at the upstairs bar to a private party of local artists, industry types and assorted guests. The performance begged the question why they weren’t offered a place on the main stage. I hope that they return.

What else can I say? The night was historic and the bar tab generous. Things like this don’t happen in Brisbane all that often. But maybe this is about to change. The night’s energy has galvanised me and I know it will do the same for others. There’s a sense of newness and possibility in the air. I’m no longer thinking about Brisbane’s past. I’m thinking about its future.