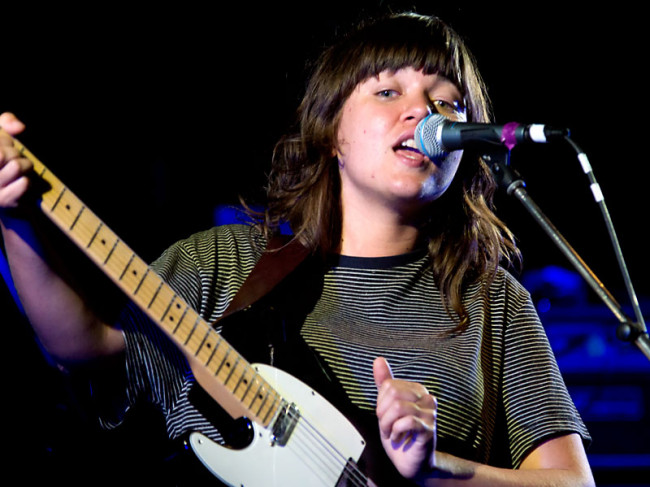 There was life before Kate Bush and there is life after Kate Bush.  The live shows I’ve been to in the last couple of months just haven’t do it for me and it’s all La Bush’s fault for putting on the greatest show ever.  Some words have been written about those few August days in London, were lost on a broken-but-now-repaired laptop, they might get finished, they might even get posted as the very last review on the matter, months after the event and after everyone else posted theirs.  All I can say is that it’s a good job I don’t believe in firsties.

Admittedly, I haven’t set my aim that high since getting back to Australia.  A jet-lagged No Bunny show in Perth provided the perfect Australian Welcome Back moment featuring a large, inebriated man being force fed tequila straight from the bottle by his mates and almost instantly vomiting all over the floor.  At a Pop Will Eat Itself show back in Brisbane, Mary Byker played the part of Clint Mansell to the best of his abilities and showed that the feeling of warm nostalgia largely reconciles with memories of being young and stupid.

Sometimes Mosman Alder, tonight’s opening act show that they’ve been listening to Talk Talk when they haven’t been stenciling the pavements of Fortitude Valley with adversts for their album but it doesn’t escape the fact that it’s six people lined up in a row on stage playing earnest and serious music that doesn’t engage and just floats in the background.

Watching D.D Dumbo play you can’t help but think that he’s been earmarked to fill the gap between Gotye albums.  The Australian music press proudly proclaim that he’s signed to 4AD in the way that only the Australian music press proudly proclaim music industry deals without a moment to reflect that 4AD in 2014 bears no resemblance to the 4AD that once existed back in the 80s and early 90s.  Who knows, I might like him more if he didn’t sound so much like a Sting parody.

Two thirds of the way through the night and it’s another live show that’s not delivering in any size, shape or form.  Has Kate Bush just ruined live music for me forever?  It’s up to Courtney Barnett to rescue something from the night and, as far too many music writers would say, she absolutely kills it.

I’ve spent a lot of time this year listening to her A Sea Of Split Peas double EP compilation but all that time spent with her songs still doesn’t prepare me for her live show.  Opening with ‘David’ and followed up straight away, without a second’s pause, by ‘Lance Jr’,  the more genteel recordings that put the witty narratives and clever lyrics to the fore are replaced by a much more base and brutal display.  It’s thrilling to be completely surprised and be presented with something that transcends what you’re expecting, all those tasteful piano flourishes that accompany her songs are discarded in favour of loud and furious distorted guitar.

It’s only listening to those EPs in the last few days that I’ve realised  that all that squalling guitar is there, it’s just that true to modern recording style, the lack of dynamic range makes it a whole lot more subtle than when it’s being blasted out from the stage.

Although I’ve never seen her play before, I’ve heard that sometimes she plays as a trio without Dan Luscombe. Obviously Dan Luscombe can’t be omnipresent but basically, as tonight shows, everything is better with Dan Luscombe.  His guitar playing completely steals the show, it’s as good as anything he’s done with The Drones.  It’s allowed to because the everyone here already knows the words and melodies; they don’t need to be given prominence to carry the songs.  There is that typical mid-show lull in proceedings when a couple of new songs, ‘Blah’ and ‘Pedestal’, are given a first airing to a Brisbane audience; it’s too early to tell whether they stand up to the small canon that Barnett has already put together, although the fairly recent ‘Depreston’, the first song of the encore, played solo, shows that it has already made an impact on the hardcore fans crammed at the front of the venue.  The show sold out well in advance, although it doesn’t show, with the front half of the venue packed to bursting point, while the back half of the room is fairly empty.

She tells us she’s got a few more songs and that it’s the last show of the tour, as if to make us feel special for being there.  A quick review of Setlist.fm for research purposes shows that she’s played the same songs in the same order for the whole tour.  Perhaps it’s little wonder that they all sound so good.  Having played ‘Depreston’ by herself, Barnett is joined by drummer Dave Mudie for the heavily rotated triple j favourite of ‘Pickles From The Jar’ before the rest of the band join her for the obvious night-ending, final encore of ‘History Eraser’.