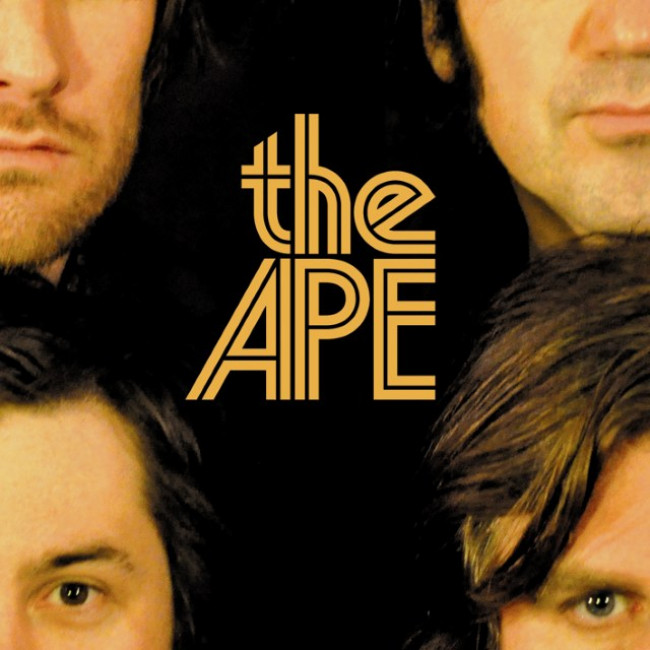 There’s something special about going to gigs held upstairs at sort-of-dodgy pubs. Kinda hot, sipping a drink in front of the Keno screens while waiting for doors to open (late), loitering with the other ill-fitting miscreants who aren’t the kind of rusted on regulars that frequent The Trans but still nonetheless don’t look like they belong in polite society either (reviewer included).

This is Tex’s crowd though. Mostly aging rockabilly types who had tattoos before they were cool and who follow him happily through his many iterations of the same thing: sleazy, enjoyable pub rock. This latest thing he’s doing sounds good on paper: Tex Perkins, Raul Sanchez, Gus Agars, and Pat Bourke making an album that is “bursting with swing and grunt” and “easily the best thing I have ever done, or ever will do” (that’s straight out of the horse’s…err…ape’s mouth). Since most of the group’s interviews so far have been very silly, I don’t know what to make of that statement.

The floor in front of the stage is a barren desert when the support act, Bittersweet Kicks, start their first song. But Holy Jesus does it rip through the emptiness and beer-soaked muttering. This is fucking rock and roll friends. This is the anti-hipster, the anti-indie, the anti-Arcade-Fire. This is music to fuck to, and I don’t want to hear a goddamn thing about making love. The lead singer was spastic, erratic, rigid and flopping by turns – he’s watched a lot of Iggy Pop, Jagger, even Jim Morrison, and he’s not going to let the tiny stage and empty dance floor deter him from emulating his heroes.

He drops out into the space and dances like he’s being exorcised, all twisting limbs and writhing on the floor. It’s not long before the guitarist joins him, and they’re stomping about so fiercely that the dubious floorboards are feeling very thin indeed and I remark that it’s probably pretty hardcore to dance so hard you break the floorboards. Before the whole shaky pub comes down around us, they pause for a sec to get their breath and notice a sock on the stage.

“Yeah, we’re more used to panties!” quips the bassist (the fact that he’s wearing a flanno and workboots and I’ve seen his arsecrack about four times tonight already provides the sarcasm his deadpan delivery and cheeky grin doesn’t.)

“Stop socking!” some smartarse in the crowd shouts.

“You guys are fucked,” the bassist mutters and then they’re off again without pause, sweating and shaking and screaming, and by now the crowd is up the front dancing around too and everyone’s having fun dammit. Talk about a cracking opener to the evening. Everybody’s psyched now. Yes! Tex is gonna be awesome!

The Ape is a brand spanking new project and I don’t have much of a considered opinion about the tracks themselves, except that I am super torn. I really like Tex Perkins (and Magic Dirt, and The Gin Club, and a lot of the output from the other guys in the band) but it was like their younger compatriots just highlighted how staid and comfortable this latest project is. (I am cringing as I write this but I am compelled as ever to tell the truth..) I went in expecting some sleazy pub rock and yeah, that’s what we got, but I still felt…dissatisfied.

Tex is sipping from an AC/DC thermal mug side of stage before the first song.

“My own urine,” he drawls. “It’s delightful. Gives me a little lift before the show.” At least he’s still an endearing jerk.

I don’t know about drinking piss, but certainly he has to be taking the piss when he says this is the best thing he’s ever done. Their first single, ‘Crawl Back’, is decent. It’s drunken and lascivious, which is what I (and the other ladies, clearly) enjoy, but even though the other tracks are played competently and are certainly constructed well enough, they rarely peak above average. There are a few moments of gold shining through; it’s usually when they bust out the effects and go off on weird tangents, fucking with warbling guitar and vocal reverb. It’s showcased especially well on a track they say is called ‘Monkey in the Kitchen’, which left me craving more weird psychedelia and less MOR rock.

Mostly though, the songs feel winded and lyrically lazy; full of empty truisms to hang a semi-catchy melody on. There’s one lyric in particular that seems to move beyond truism and into truth, and sums up The Ape’s performance: “Spend half my life trying to dull the sting/Now I can’t feel a thing”.

Jodi is a mild mannered technical writer by day but by night, she stalks the streets of Brisbane looking for unsuspecting musical prey to DEVOUR WHOLE.