“This is the indie establishment”: Red Hot’s Day of the Dead 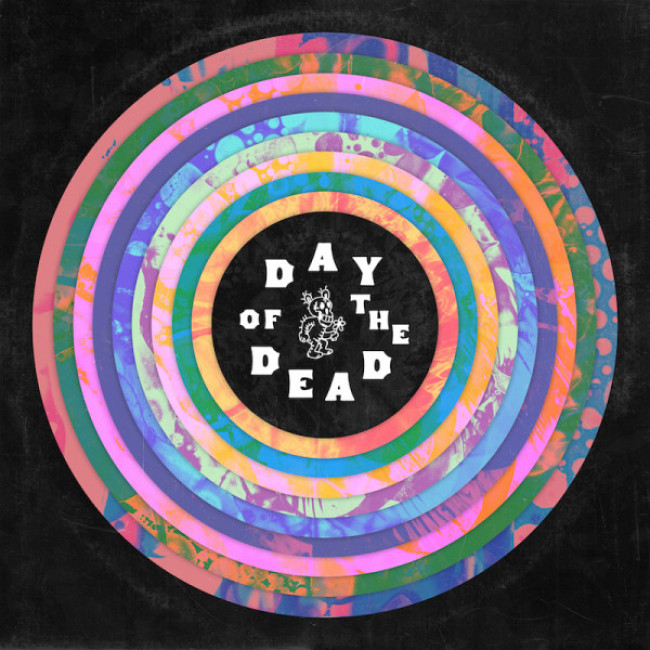 Disclaimer: I’ve probably never heard a Grateful Dead song in my life. At least not knowingly. This is an unfortunate position for me to be in, considering I am reviewing an album containing 59 covers of songs by the Grateful Dead. Just so you know.

In 2009, the Red Hot Organization, fighting AIDS through pop culture, released the compilation album Dark Was the Night, compiled by Bryce and Aaron Dessner, The National’s guitar players. The quality was high. There’s the quiet duet ‘Train Song’ between Feist and Ben Gibbard, Sufjan Stevens’ experimental ten-minute ‘You Are the Blood’, a fantastic cover of ‘Feeling Good’ by My Brightest Diamond, and much much more. But what made Dark Was the Night truly special was the range of artists. Among the contributors were The National, Arcade Fire (with one of their worst songs), Sigur Ros, The Decemberists, Belle & Sebastian’s Stuart Murdoch, Beirut, Yeasayer and Bon Iver. That list of names could make you feel nostalgic immediately, as it gives a cross section of what indie music was like back in 2009.

Hence my interest, as a Grateful Dead ignoramus, in Day of the Dead. It is another Red Hot compilation put together by the National twins, featuring an even broader range of artists. Looking at the list of names, this is supposed to be the best indie has to offer in 2016. We have The War on Drugs, Courtney Barnett, Kurt Vile, Mumford & Sons, Wilco, Local Natives, Real Estate, Pavement’s Stephen Malkmus, and again much much more. So what is surprising is how incredibly boring Day of the Dead is. We have here the forefront of indie music as it is. These aren’t the same names as on Dark Was the Night. That was 2009, with it’s folk-phase, and horrible hipster beards, and this is 2016, and we’re supposed to be past that. This is the new canon of alternative music. But what kind of canon is it?

It is a canon that sounds like a Budweiser commercial. The War on Drugs take everything from U2 that should’ve been forgotten way before 2009: that echoing guitar that sounds like a cheap brand of freedom, the out-of-breath way of singing that is a substitute for emotion. This is music for those who believe they contribute to the greater good by buying Starbucks coffee. This is the indie establishment.

It is a canon full of safe music that everyone’s dad would like. Wilco, and I say this as a fan of much of their work, used to be progressive, but now belongs to the Conservative Party of Rock Music. It is music for the nerds from the 90s who by now have established a comfortable lifestyle, shed off their ideologies (which should not be a dirty word). There is a world of difference between that nostalgia uniquely felt by young people and the retrospective longing of those who actually have a past to look back on, who want their parents’ record collection to come back alive, Grateful Dead included. The latter is what Wilco sounds like.

It is a canon that contains the original culprits, Pavement, who, as Scott Creney put it, started the ‘wussification’ of indie rock. At some point, indie rock turned from a subculture into a viable market – how else can their songs be heard in every other commercial? How else could the uninspired Pitchfork become the leading music blog in the world? How else could this album raise money for charity? Granted, things have changed for the better. Although it’s still a long way to go, indie is not as male-dominated as it used to be. It is not as apolitical. But this compilation does not represent that strand of indie.

It is a canon preserving only the worst from the 2009 vibe, namely that same old fake-folk made by Real Men with Real Feelings (and we know that that means Rock Authenticity and not Pop Fake, right mates?), with a pathos that’s so massive that it enables people to ignore the commerciality surrounding it. We all know this is about Mumford & fucking Sons. A band who can use a banjo in a football stadium sell-out show must be doing something wrong.

In all fairness, I can enjoy music by all of those bands. (Except for Pavement. I hate Pavement.) And conversely, some artists featured on Day of the Dead continue to be ground-breaking. Anohni just released the most powerful protest album in decades, Courtney Barnett writes the wittiest lyrics, and The Flaming Lips continue to be as crazy and contrary as always. But after having listened to this brown blend of music – or rather, listened to the first two CDs, because after nearly four hours of this stuff I would not even mind listening to Heart Radio for the remainder of the day – I am mostly disappointed. If this is the current state of indie rock (and note that they never make that claim! but the popularity and success of most of the bands featured on here kind of suggests it, and so do those bastards at Pitchfork), then indie rock is simply not where it’s at. And if that’s true, we need to create a new canon, or rather, find the one that’s readily available as soon as you look elsewhere. We don’t need the bands that look back on the past, covering the old without adding anything new, remaining safely where they are.

We need to turn towards the young: The Goon Sax, Frankie Cosmos, Skating Polly. The latter did their own cover of the Grateful Dead’s ‘Morning Dew’, and it’s miles better than every single song on Day of the Dead (to be fair, that one wasn’t actually written by the Grateful Dead). We need to listen to the female: Hinds, Flowers, Anohni. We need – and this is still a problem even on the progressive side of indie – to listen to ethnic minorities. The Tuts are a good starting point, as is Beyonce, or Chance the Rapper, or Big Joanie.

But not this. Please not this.

3 Responses to “This is the indie establishment”: Red Hot’s Day of the Dead