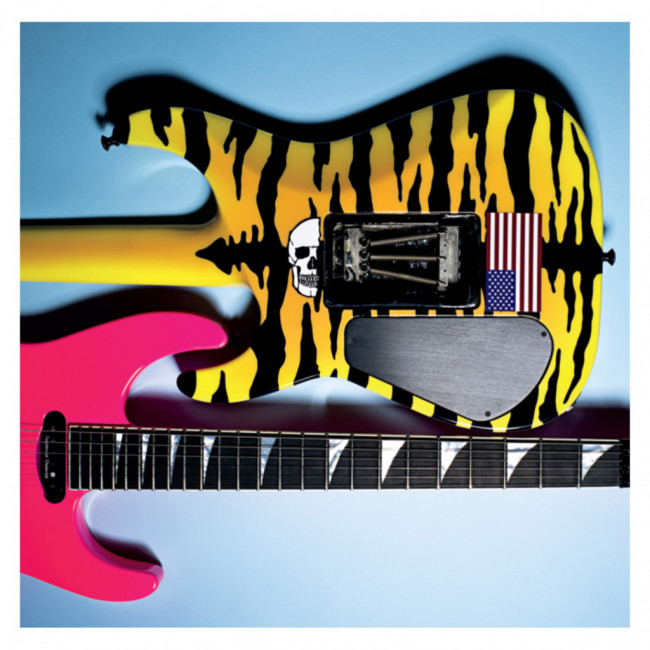 Sleigh Bells exist in that space between public declarations of magnificence and suicide attempts on the bathroom floor. That is to say, they know what it means to be a celebrity. Or aspire to become one.

Speaking of which, anyone want to mash-up their new single with Kanye’s ‘Gold Digger’?

Get down girl, go ahead get down. It’s the sound of someone crossing the street while texting and getting hit by a bus.

Taken as an album, as a whole–which may or may not go against the aesthetic of the entire thing–Bitter Rivals vaguely traces a path from anger to pop to heartbreak to silence.

Sleigh Bells is able to embody anything without being the thing itself. They achieve their depth through a lack of depth. If it sounds like Jennifer Lopez in places, well how exactly does that make it worse? Excess is the point, indiscriminate and extending in all directions.

I’m not saying Sleigh Bells are visionaries. I just think they’re paying very close attention. They push the logics of consumerism/consumption/celebrity to their breaking point, a grotesque extreme that would qualify as parody if it didn’t feel so real.

Sleigh Bells exist alongside a group which may or may not include folks like Helen DeWitt, Michael Robbins, Harmony Korine, Sofia Coppola, Kenneth Goldsmith, and others (I have my suspicions about Ke$ha). These artists are all producing work that is saturated in 21st Century culture–celebrity, materialism, pornography, immediate gratification, persona v. personhood, exhibitionism/surveillance/voyeurism, disposability, and speed. They’ve swallowed every dense post-modern text and spit it back out as art in a way that suggests post-modernism is dead and we need a new term.

I nominate hyper-modernism. Unlike, say, Arcade Fire, Sleigh Bells don’t try to provide a respite from contemporary culture, they are trying to race alongside it. There is no distance, no commentary. Just trying on costumes, putting on masks, and seeing what might come out of your mouth. They speak from inside the culture. An act of ventriloquism, even if it means people might think you’re a dummy.

Album closer ‘Love Sick’ shares a title with a Bob Dylan song that was the first song on a Grammy Award-winning album. It was also used in a Victoria’s Secret commercial. Sleigh Bells already knew this. They make music that is an absurdity that is not an absurdity because it is still less absurd than the reality it reflects. Got that?

Sleigh Bells are alive. Worship them.