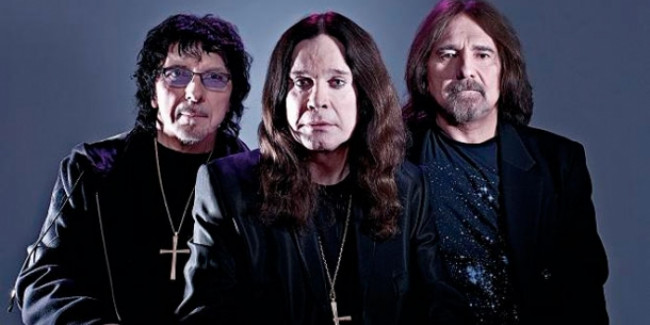 So I’ve been fooling round all day, trying to track down a Black Sabbath ad on YouTube.

Had me an idea that I could just post up the ad in this slot, ‘stead of a song – I mean, cos who really gives one about a bunch of old men releasing their first record together since 1978. It’s a glorious 16-second ad. One ominous drawn-out chord, the crackle of lightning, the number ’13’ bursting aflame, trumpeting the new Black Sabbath album. Says all that needs to be said, leaves the best parts unsaid – the listener can fill in ALL the blanks and, in the case of Black Sabbath, their imagination is going rock THE FUCK out of anything reality will throw up. Anticipation is so much better. It’s a great fucking chord, a great 16 seconds.

I love the first Black Sabbath album cos it feels so amateur: unfinished and clunky and full of ridiculous couplets, and (vitally) not scared of ridicule. Songs don’t fit together, most the time. The joins are so obvious you’re afraid you’ll slip through the door jambs. It sounds so raw and half-assed and full of space, silences that – by the time the 80s rolled along – almost all of Black Sabbath’s spawn were too scared not to fill in (mostly with drum fills). The voice, once an abortion, became a code. The Satanic leanings became Satanic earnings.

So, like I say, I been enjoying this 16-second chord of righteous black metal regularly for hours earlier today. Every time it started up I was like YES YES YES WE’RE NOT WORTHY before remembering of course that (shrugs) whatever dude, imagination is so much better.

Now I can’t find the damn ad. And I’m fucked if I’m going to post the whole x Minutes y Seconds song the chord hails from. That, my lesser burden, would be missing the entire point.

So here’s the quote for the balustrades:

The 16-second ad hailing the new Black Sabbath album on YouTube is quite possibly the finest 16 seconds of Black Sabbath’s career. Affirmation.

Ah, here’s the TV ad. Close, but not quite there. If anyone can send me the YouTube ad, that’d be just peachy keen.

You know what? Fuck it. This really is an amazing rock song.