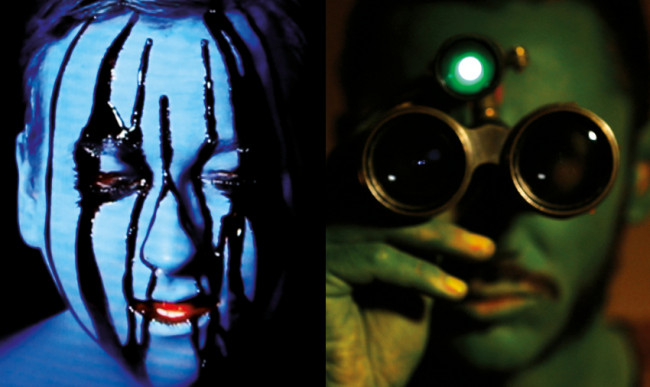 As Tamsin puts it:

Staying in outer space, this wobbles all over the place, like a baby alien still unsteady on its tentacles, that’s just oozed and woozed its way out of the body of the host if the host was MC 900 Foot Jesus.

As Neil puts it:

Very strong late-Can, solo-Czukay vibe I reckon plus clear and correct Sly Stone worship on the keyboards but crucially moments where things seem to be genuinely out of anyone’s control, or at least beyond your ability to visualise anyone making this music. You can visualise malfunctioning robots making it, or aliens suffering from a particularly destabilising bout of motion sickness, heavily processed vocals sitting in glistening globules on the steady beats and supremely unsteady tangle of bleep and glow beneath. A wibbly wobbly mini-masterpiece that sounds like the kind of thing Flaming Lips should’ve moved on to after ‘Clouds Taste Metallic’.

I am not even going to attempt to compete with two such great sources. Malfunctioning robots, check. Baby aliens unsteady on their tentacles, check. Heavily processed vocals sitting in glistening globules, check.

It was the punchline to one of my favourite jokes of the 70s. Especially as I was entirely unfamiliar with the product:

WE BULLS WOBBLE BUT WE DON’T FALL DOWN!