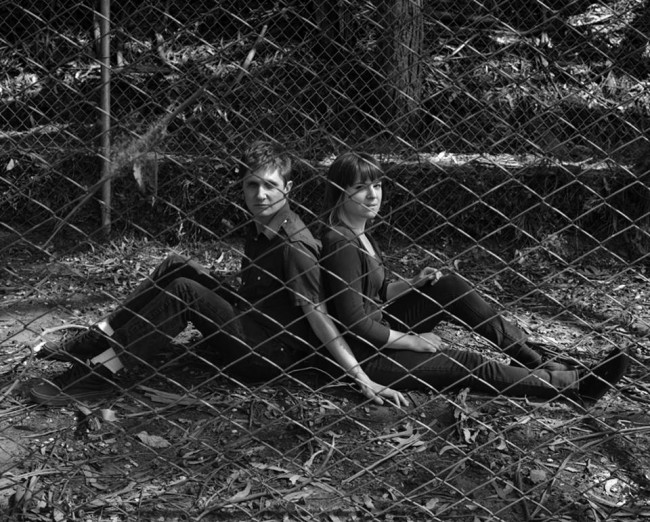 John and Megan arrived with a water bottle between them. Radiant folk. Megan was everywhere, in many circles, a pillar of worldly calm. John told anecdotes of nightmarish moths (that drilled into his SKULL) and autonomous underground festivals in the wilderness with uncommon eloquence.

If they hadn’t come, I probably would’ve left by midnight – but John spoke to me a bunch. Like one arbiter of taste to another. (He tipped me off to find the Sharkpact LP. You could hear the harmonies better on record, he said. Of course he was right.) I don’t think I even told him I wrote for Collapse Board.

Likewise, I hadn’t heard Street Eaters’ music. And their band was dismally low on the bill (a piece of paper that had been slapped onto one of the amps). But somewhere between 11:30 and 12, I resolved to stay up for them – partially because I knew Everett had wrote about them before, but mostly to bask in their light. Such intelligent folk could not make dull music, I reckoned.

Street Eaters finally had the floor at 1:15. Me, I’d probably been on my feet since 10:30 or so (this happens when you’re an introvert stuck in a living room that lacks furniture), so I plopped down in front of the drum set onto the hardwood floor as they rapidly swapped out gear. I say “rapidly”, but the two were totally at ease. Most of the other party-goers had fanned out to other rooms, so we had a little serene corner to ourselves. Neither member told me to move; in fact, they thanked me for staying up so long to see them. (That is how you form a fan base, kids.)

How was their set, you ask? Fantastic, of course. Megan dominated the drums. John wielded his bass like a battle axe. Springs in his heels, electric energy through his whole being. Together they shouted against the void, rallied against the darkness, drove back fatigue. I’ve only seen one other band in town with the same level of spunk and passion (also a boy-girl duo, howzabout that).

Of course I bought a CD from Megan on the way out. It’s the least I can do. If I had more cash on me, I would’ve bought a T-shirt, too, but I’d already spent half of my ten bucks for the cover fee (a totally voluntary fee, I might add).

Here’s one helluva tune – my favorite from the album.