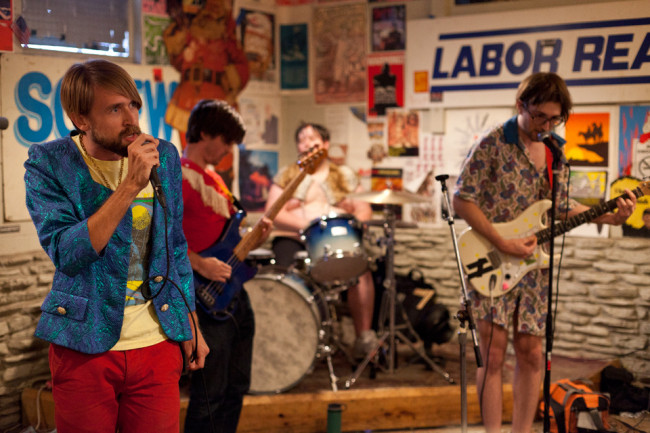 The new 7” Every City / Food Chain by Austin, Texas, spazzo-nerdcore good-times-every-time-all-the-time “it’s a TV Party” band Big Bill is easily the product of a band of misfits that must have been locked in a room in the 80s with only Urgh! A Music War VHS on loop and nothing but Capri Suns and Jolt Colas to drink and Oreos and Lunchables to eat. The VCR broke over a decade ago and the band are trying their best to play all the songs by memory, but over the years those songs melt into their own and we get the urgency of Devo, the showmanship of The Cramps, the energy of Spizzenergi, the pop superiority of The Go-Go’s, the spazzy time changes of XTC, and the overall brattiness and I-told-you-so of the Dead Kennedys. I know you have to be saying “there is no way this is possible,” but seriously – the story above is true, just listen for yourself. Not a song of the day but single of the week. Quite possibly single of the year.

Big Bill’s new single is out now on ATH Records. Grab it here.