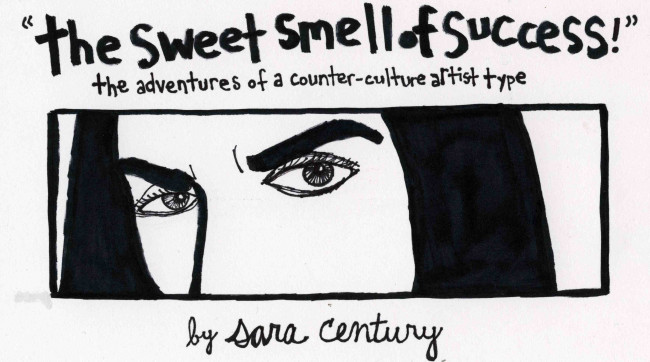 8/10/2013
Driving into Phoenix from LA was nightmarishly hot as one might expect, and indeed it was still unbearably hot at midnight when our show was over. This show was fairly terrible, impenetrably awkward, but there are a few positive things I can say, and I’ll focus on that. First of all, we played at the Trunk Space, which is run by very kind people, and is a legendary space where the best of the best have played. James Fella, who is the man in charge of the excellent underground record label Gilgongo, played a set with his incredible band of many line-ups known as Soft Shoulder. There was a hip hop artist that I personally found boring, but who had the room dancing. The final act of the night (called Sister Lip) talked loudly over our sets and had enough snotty, catty comments to make a girl annoyed, but I think they were all about 20 years old, so it all is what it is. I’m not particularly sure why they were on the bill, being as they didn’t fit at all and  had little interest in the other performers. They played what I would consider radio-friendly music. When they went on, our friends all left, offended that they had ruined their enjoyment of the show by being so loud through the earlier sets. My guess is that this was also because they were boring musically. I say this without personal investment. I may think music is boring, but that doesn’t offend me particularly. Their fan-base, consisting primarily of people clad in K-Mart band T-shirts, didn’t go for us, either. I stayed in James Fella’s living room with his cats sleeping on top of me.

8/11/2013
We went to the famous Cartel coffeehouse in Tempe. The service was as poor as the coffee is awesome, as usual. Crust kids sat out front of the gas station across the street, screaming at each other and passerby, threatening violence, et cetera. The bleakness of the desert was digging itself into us. I was happy as Hell to get out of Dodge.

Albuquerque was a different story, in that we felt very welcomed, as I usually do in that town. We played with another touring band, from Minneapolis, called Buildings. They played Shellac-influenced dude rock, it was pretty cool. We made like $18, pure agony. Apparently the television series based in ABQ known as Breaking Bad was enjoying its season premiere that night, and this, in theory, killed the draw of our show. I don’t watch television, and thus found this to be a hilarious, if financially debilitating, turn of events. Who would rather watch television than go out? I don’t understand the world.

Marisa Demarco had set up the show for us, and, because she is a musical genius, the local line-up was solid. She played a noise set with her sister Monica. It was incredible! Marisa’s partner, Clifford, played a solo set as Ipytor Gavyen Machislav, which was dreamy and slower, a lot like the soundtrack of a David Lynch film. Really great! Albuquerque is teeming with incredible solo artists. I always have a good time.

New Mexico is called “The Land of Enchantment” on the billboards as you drive into and out of the state. I agree with this assessment. Every time I am there, I have the strangest, most vivid dreams. This night, I dreamed that I was in a house after a show. My ex-girlfriend was there, and I just moved around the room, from person to person, avoiding conversation with her. The energy in Albuquerque is powerfully dark. It is a great place for art and dreams…

8/12/2013
We had a day off in Albuquerque and more or less just sat on Marisa and Clifford’s couch, for the most part, watching the Dave Chappelle show, and finishing off the night with a viewing of Dogtooth. Only I made it to the end. Incredible movie…

8/13/2013
Norman, Oklahoma was a completely bizarre show. We were pulled over on our way into Oklahoma City. Because we are in a car with Colorado state tags, we are always pulled over multiple times, every tour, by police that think we’re smuggling huge amounts of weed across the country. It is to be expected. We were followed for around 10 miles, waiting to be pulled over while listening to an intense noise tape by my friends Caldera Lakes. At some point, the tension of whether or not we were going to be pulled over combined with the sheer intensity of that tape became too much. I reached over a kicked the tape out. Immediately, ‘White Rabbit’ by Jefferson Airplane began playing. Let it be said that, anytime you hear that song, you can be sure something messed up is going to happen. The police lights flipped on immediately, and we pulled off to the side of the road. The police officer asked typical questions about whether or not we happened to be carrying hundreds of pounds of marijuana across state lines with us, and we were like, “Uh, no”. Only afterwards did I realize that I actually did have a bunch of weed in my purse, oops. Not for smuggling reasons, for personal use. Good thing we didn’t get searched! Ah… I smoke so freely in Colorado that it is easy to forget that basically everywhere else on the planet has the stuff outlawed. This interaction was pleasant compared to other police interactions, mostly because he asked Between Youth if she worked out and appeared to be interested more in talking to her than arresting us. Still shady, but I guess I’ll take my winnings where they come.

The only time I get pulled over on tours is when we are already late and less than 10 miles away from the show after eight hours of driving. Every single time! So, we made it to the show directly after the local band played their set. It was a raging house party, and everyone was several years younger than us, which is always slightly awkward. For this reason, I am going to need to start having a green room. Answering the questions of drunken teenagers from Oklahoma is always going to be a little strange for a 30-year-old counter-culture lesbian standing in a line for the bathroom in an evening gown. I mean, I’m stoked that the goateed young’un with the Slayer shirt cared and all, but we’re kind of coming from different places in life, to say the least. “I’m never going to be your girlfriend, little boy.” Also, if I ever get asked, “What kind of music do you play?” five minutes before I perform ever again, I’m going to scream. WAIT FIVE MINUTES. In the meantime, please back away from the performer that is trying to set up the stage.

Some girl wanted to play her iPod while we were setting up, and Between Youth gave her a hard, “NO”. She proceeded to stagger back and forth over our equipment for a few minutes, trying to talk to us while we were setting up and perfectly incapable of listening to her. She took offense and staggered off. Between Youth played, and was awesome. I played, and ended the set on an unplugged ukulele song, walking among the loudly talking crowd and singing in their faces. We hung out until around four o’clock in the morning when the house finally chose to call it a night, telling stories about police interactions and previous tours…

8/14/2013
We really did absolutely nothing until around 11pm at night when we were told we could go play a small house party if we wanted. Since we are bombing financially due to the pains of “suggested donations” and how often show-goers seem to think that means “free”, we had to go for it. It was a drowsy show, with everyone playing very short sets. We went home with four dollars, and it felt as bleak as it sounds.

There was a boy there that had been at the show the night before. He was handsome and very young, as well as incredibly nice. I bring it up because one of the things that stood out about this night was his tense, dreamy smile every time I would start speaking. He was quiet, hanging off of every word I said. It was kind of bumming me out. Gay and 30, and I have this 22-year-old gazing at me with blissful adoration every time I say a word. It was cute, but mostly weird, and even sad, like a puppy at the adoption center begging to be brought home with, well, the 30-year-old lesbian with emotional problems. “I’m sorry, I, well, it’s just, I can’t, I mean, you can find a better home somewhere else, I’m just, I’m no good for you, don’t you see?!”