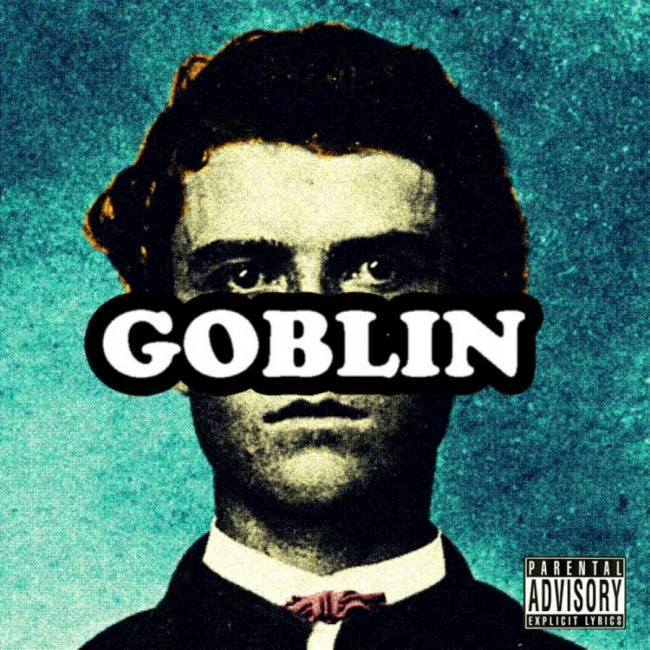 I listened to Tyler, The Creator’s second album, Goblin, three times, back to back, while sitting in a beat up leather recliner placed by the living room window in my apartment and reading The Walking Dead graphic novel that I had checked out from the library a few days ago. As my eyes filled with black and white images of zombies being beheaded and guts being eaten, my ears were filled with some little greasy-faced turd rapping about driving drunk, doing coke, and raping some bitches and sluts. I know what you’re thinking, “Oh my, another album about being ‘hard’ and abusing women to further prove that ‘hardness’, how innovative.” And I am right there with you (cough cough CLOSET CASE cough cough). More than this album’s utter lack of innovation, I’m stuck on the thought that I couldn’t have picked better reading material to enjoy while listening to it, not because of the obvious and predictable “zombies + hateful, poorly executed, pedestrian rap = HORROR SHOW!” but because reading a graphic novel while listening to a grown man cry into his $100 T-shirt about how his daddy didn’t hug him enough is literally the nerdiest thing a person can do.

I like and listen to a fair amount of rap and I know that the main sales tactic is to shock and offend so that everyone pees themselves to hurry up and find out what all the fuss is about. Usually this works, which makes sense because 85% of the population sucks and likes horrible shit, mindlessly, and with very little prompting. The task at hand for rappers who go this route isn’t a very difficult one to win over. That being said, I don’t want to accidentally give Tyler, The Creator any pleasure (because you KNOW he has his own name on Google alert) by coming across as being offended or outraged by his music, because I’m not. I’m bored, and frankly, somewhat disappointed. After hearing all the hype about this album I wanted to be so disturbed that I cried or barfed or something. Something severe. None of that happened. As I sat and listened to “faggot” this and “bitch” and “cunt” that, I kept laughing to myself thinking that Tyler should have been honest to his fans and instead of naming this album Goblin, gone with the more direct I’m Sad. Vol. 1.

Musically, Goblin offers nothing new, and lags on all levels. I’ve heard singles put out on itunes by seven-year-old girls spitting ice to playground skanks that were more memorable and head-bobbing than this. So that’s the first major fail. The fatal blow to this sensitive opus is that any attempt to scare or scandalize listeners didn’t quite do the trick. I mean, I can in no way rap, and have very little musical ability myself, but I have been reading creepy shit for my whole life thus far and if I sat down to try and write a scary song, I’m confident that I could write lyrics that would make you want to fucking kill yourself.

Oh, and just as a personal statement – since I’m afforded the luxury of an audience here – I give full permission to the next groupie who finds herself opening (not wide) for Tyler’s dog wiener backstage after a show to bite down hard, all the way through. You can call me collect from prison and I will personally find a way to bail you out. I’ll get a fundraiser going. I doubt I’ll be alone.