The Mistys – Redemption Forest (Other Ideas) 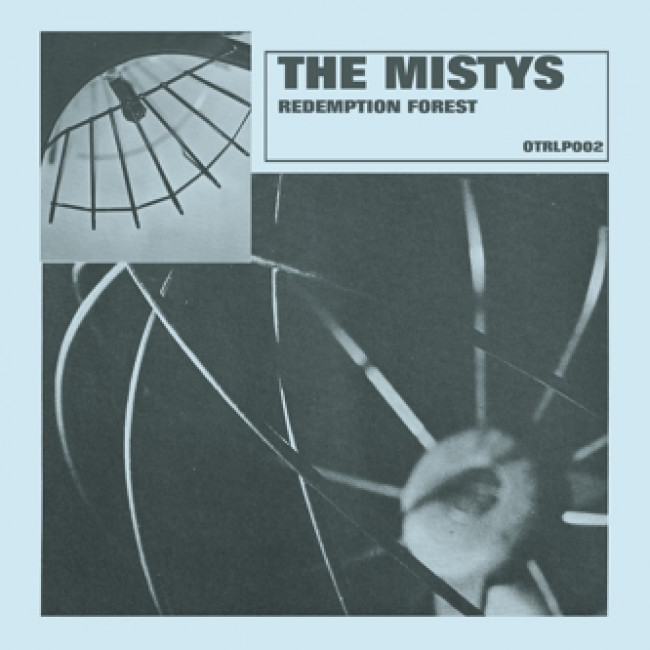 DISCLAIMER: This is a shameless, self-promo post for the Dead Albatross music prize, an alternative to the UK’s Mercury prize judged not by industry insiders but people that listen to a lot of music. Like me. Click the words hyperlinked above for the full scoop and shortlist – meanwhile, here’s a review of sorts for one of my faves.

Earlier this year, I reviewed FKA Twigs for ya. A good ‘un, I said. But I’m a judge for this Dead Albatross awards shtick, see, and so have been sifting through 25 albums from across the UK. And I’ve found one that trumps FKA in the seduction game.

That was always the trouble with industrial music after Throbbing Gristle, wasn’t it – no seduction. Only cogs and hammers and bullets and U-boats. “Pushhh” has what Front 242 never had – plumage jamming the gears, a living creature gliding past the pistons. Even in “Behemoth”, a raging factory of pattering hardware, singer Beth Roberts floats in midair.

FKA, for all her drama, embraced the light. The Mistys don’t – and perhaps that’s best, to hide the scars. When Roberts sings, she cries out from a holding cell. Nitzer Ebb got it all wrong, after all – those meatheads thought they could inflict trauma by shouting down your eardrums. But all it takes is the sight/sound of one stranded feathered soul, battered to bits before your eyes.

Even when the album turns toward a pulsing techno throb on “Stumm”, or a surging churning ballad like “A Birds Name”, Roberts doesn’t lose her poise – that rigid, frozen-to-the-bone poise, I should say.

I don’t recall if Nine Inch Nails drew this much blood. I doubt it. “Lucie” draws you under the ponderous current and pushes you down, down, down. “Moy” descends with such a weight that could bring the crustiest souls to their knees, down to the cold granite floor.

Help me. I’m drowning. On “Dental Records”, Roberts wrings pain from every word, and struggles against the solemn waves that crawl back to sea. I don’t think either of us can swim to shore.

And of course the closer clinches everything, “Cannibal” with its stately fluid march, like if Dead Can Dance summoned the dark lord of dubstep on Spleen and Ideal. Yes, that’s a fucking compliment.

Too late, by the way. You can’t save me now.

(Snag this mess here, if ya fancy.)