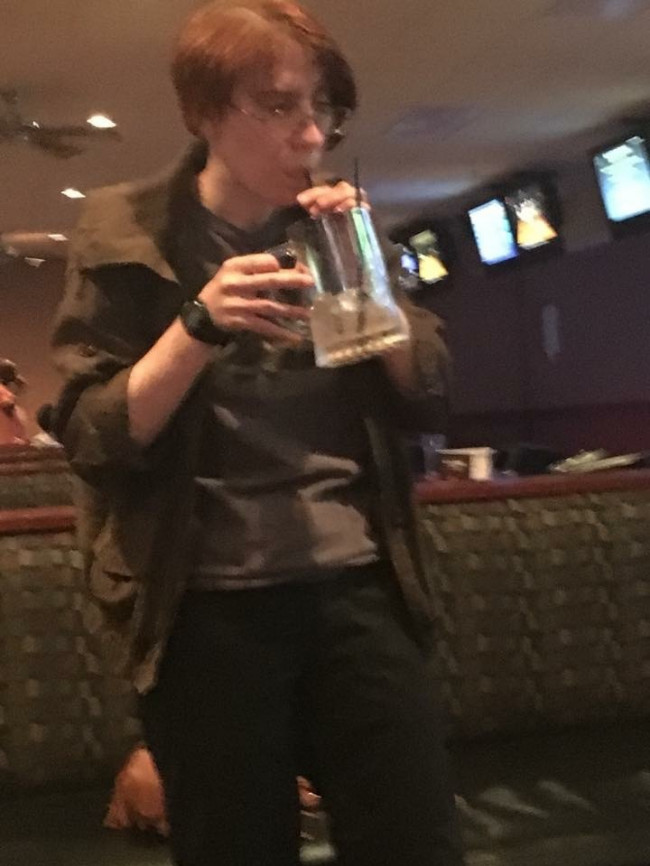 Howdy, guys. If you’ve been paying attention to Collapse Board at all, you’ll note that I haven’t been here lately. I wish I could say that I’ve been trotting the globe in the five-month interim, questing for loot and slaying fiends. Alas, no, I’ve only been writing for three other outlets – one of those my own – and also for a band…thing. A music thing. An unspeakable, deplorable thing covered in cat hair. Yeah. This keyboard has conjured some crazy stuff. And while I haven’t massacred any goblin tribes, I DID come pretty close when I slaughtered Foxygen on Drowned in Sound. That was a hoot.

So. We’re just gonna do this, then: here’s a rough time line of my “greatest hits” – or, at least, the conquests I’m most proud of – for the past five months. And, naturally, since this is Collapse Board, you get the director’s cut of the whole escapade – y’know, thoughts on the process, the aftershocks of each, blah blah.

This Is Not A Drill launches
Not gonna lie, this is the shuttle that blasted me away from Collapse Board. I take little credit for its genesis; if Mike Turner hadn’t urged me to start a blog, I prolly never would have. Another pal from Athens devised the logo and tweaked the design; and those two have been the sole movers and shakers that created my current audience and PR pool. I just footed the bill for the space and coined the name – a call to arms, a wake-up slap, and also a line from some obscure Scottish post-punk band (Scars, actually).

An interview with Julia Ruzicka
You could say that the arc of TINA Drill (that’s the proper way to abbreviate the blog) is the “main plot” of my five-month absence, but I’ve had more than a few side quests. In particular, I’ve challenged myself to execute more interviews (since I am, by default, that shy kid in the back of the classroom that can’t make friends to save her life). And not all of them work, but this one – a chat with the bassist of Future of the Left, who’d just put out a killer solo album of bass jams – went pretty dang well. Some random bloke on Twitter even said that every album should carry this convo in the liners.

New Fries
This isn’t even my best writing. I’m only including this because there have been weeks (even recently) when I play New Fries every single day. Because HOW CAN YOU NOT DANCE?!?

The Best-Of 2016 List
…dick move, I know, but TINA Drill was indeed still an infant, and we needed the traffic. Featured lots of albums that I covered for DiS, like the Gotobeds and Jenny Hval, and some that I never covered for anyone, like Helena Celle and Yeah You. There’s also a brush with – oy – my recent crush. If you don’t know who I’m talking about, don’t worry – we’ll get to him later.

The Foxygen Massacre
January was a hoppin’ time, but the crown jewel was this bad boy. After reading and re-reading Scott’s classic dig on Foxygen from eons ago, I sat down and spewed forth my own rant in a few hours. As you might expect, the aftermath was nuts – not only did Springsteen wannabe Alex Cameron shame me, but so did Unknown Mortal Orchestra, leveling their ignorant hate to hundreds of idle scanners. SCORE.

The Surfer Blood Exposé
On January 21, a buncha women took to the streets and picketed against Trump’s inauguration. Me, I stayed at home and wrote this for TINA Drill, then poked down to a black queer dance party that evening and ate the two best damn grilled cheese sandwiches in my life. Dunno if I should have gone out for the march instead – but what protest needs yet another privileged cis white chick, anyway?

The LeRoy Short Story
To be honest, I didn’t sweat too much over this one. Sure, let’s introduce the world to this obscure German artist with a neat little short story. Had no clue so many people would dig it, including a radio programmer in the BBC. Going places, me!

An interview with Harlot Party
I really hit my stride on the interview front when Immersive asked me to hit up this duo from Athens. Turns out, front woman KyKy is also a writer who struggles with depression and social anxiety, so we had a very long email chat about that. I’m dang proud of the end result.

The Everett Interview
(Told ya I was stepping up my interview game.)
I actually talked to ET at the tail end of December, i.e. after those busybody holidays, and transcribed the whole hour conversation about a week later. What took me so long was then the process of combing back through the transcript, picking out the passages I needed, writing in commentary to fill in the blanks, and re-ordering and structuring everything into a cohesive story. Add to that my massive respect for the man, my desire to do him and his book justice, and nagging self-doubt, and you have yr interim.

The Mister Lettuce “Interview”
The traffic this baby yielded still astonishes me. I type “interview” in scare quotes, because the piece was framed as a conversation that never really happened. I invented this story, gave Jason Seiple ridiculous questions like What’s that dripping from the ceiling?, and he ran with it. I figured that he, as a big Residents fan, would enjoy inventing his own mythology; it didn’t quite work out that way, but we invented a beast of a tale, nevertheless.

The Bitter Interview
This was the first time in a while that I’d conducted a full band interview in person – which other journalists say is usually a mess, but worked out fine for me (apart from the occasional bursts of coffee grinding). Chava’s rant about “gear bros” was sheer gold – and solid proof that sexism still happens at gigs to non-dudes.

The Lingua Franca Interview
Another local Athens chica, another email interview. But this one worked out GREAT, because Mariah had tons to say as a woman of color in a town overrun by white dudes. I also grilled her on her stance on abortion, which is by far the most impossible thing to talk about without some existential angst. Utterly thankful still to Mariah for her thoughtful answers (and for putting up w/ another white music fan from Athens).

The HAF-DAB Debut EP
Unbeknownst to all but a select few, I started writing songs and stuff on a lil synth pad in September. Then I performed them at this dude Jake’s house, and he knew then he wanted to write music with me. Fast-forward, oh, six months, and this Eraserhead babe was born. I’m not gonna say anymore about it, lest I toot my own horn too much, but – well, if Paul Morley could help steer Art of Noise, then why the hell can’t I front a weirdo electro duo?

The Love Letter To Tim Darcy
Son, you don’t even KNOW how much mental strain went into this piece. To begin with, I DO love the man, which already crippled my critical pen; but then to wade into his album – which, by the by, I recommend you do as well – and immerse myself in it; to weigh his words and his pain with my own; to assess objectively what I could only see in shades of desire; to eschew all niceties or polite shorthands for the sake of actual, honest-to-god dialogue – this all nearly did me in four times over. As of writing this, I still have no idea what Darcy thought of this review, or the idea that a quasi-professional music critic genuinely loves him. And this scares me to fucking DEATH – so much so, in fact, that I’ve only hacked out three other album reviews since then, i.e. the week of Valentine’s Day. I also contracted a mild cold immediately after submitting my copy; I told everyone it had to be a “hex”.

MARCH
An Assessment of that Warpaint Scenstr Review
…also a dick move, but literally this time. My hot take was that the review wasn’t “sexist” at all, just a poor description of a dude in heat. And how would I know? Easy – because I’ve been there (remember my Ought review at Athens Popfest?).

Aaaaaand that’s it, y’all. I promise to write back more often, now that I’ve returned. Trust me – no one ever leaves Collapse Board. They just pack it up and carry it with them to the next spot that needs a hoodlum.