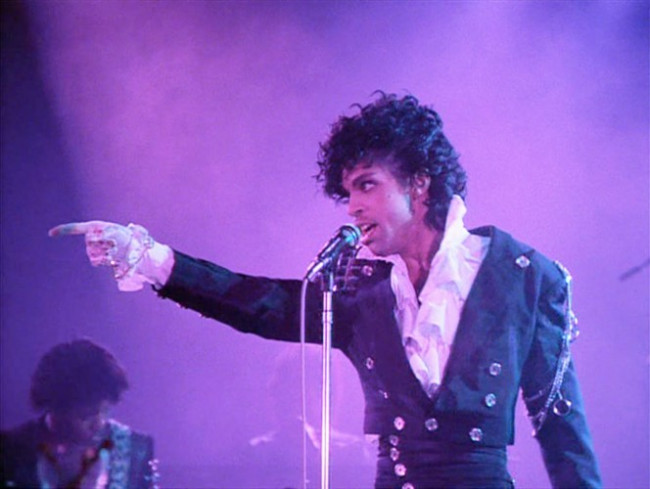 Ask anyone who’s ever worked for a literary magazine, democracy is a shitty way to evaluate art. The polarizing stuff rarely makes it through. Instead you end up with a bunch of B-plus material—competent, workmanlike.

So there are problems with this list, even beyond the whole deliberate listicle/churnalism/clickbait nature of the whole thing, where just by looking you perpetuate the fundamental sickness in the way we talk about art, that attention means validation and 50,000 disinterested page views is more desirable than 5,000 people thinking about your ideas because nothing’s more valuable than dollars (or in music’s case, pennies). And I told myself I wasn’t going to read it, but I grew up in the 80’s and I love music and my curiosity got the better of me and so here I am scrolling through the list. And yeah, they did a good job of representing R&B (although reading ‘later sampled by ________’ over and over again gets old real fast) but no Terence Trent D’Arby?

There’s a bunch more: Fine Young Cannibals, Scritti Politti. Squeeze. MARRS. And that’s just off the top of my head. But that’s the nature of lists like these. You get a bottom half filled mostly with obscurities that writers pushed up on their lists so they’d make it onto the big list. Some of the obscurities here are great, some not so great. And then the top half feels like it was spit out of a blender almost at random—take #11-20 and switch it with #1-10 and the list actually makes more sense.

Or to put it another way, The Go-Betweens never had a chance.

Then there’s the writing, which pretty much sticks to the tight, clenched ‘I’ve heard every note of recorded music ever made and will now evaluate it from up on high’ style I find so grating on that site. For example, someone writes in the entry for ‘Ceremony’ that New Order ‘wouldn’t find their creative footing for a few more years’ as if it were the most obvious thing in the world instead of a (hugely) subjective opinion—since that would discount Power, Corruption, and Lies, ‘Temptation’, and ‘Blue Monday’. Or you get a lengthy discussion about The Jesus and Mary Chain’s ‘Just Like Honey’ that says it’s ‘a paean to the mythical girl who “takes on half the world” and lives inside some kind of magisterial beehive’, but neglects to mention that the song is obviously about eating pussy and pretty graphic in its depiction of said act. There’s an interesting point to be made—that the album’s sweetest song is also its most vulgar—but the writer isn’t interested in making it. And yes, Lost in Translation does get mentioned. Or there’s the moment where Laura Snapes mistakenly thinks Pete Shelley wrote the lyrics to ‘Boredom’ (Howard Devoto—he sings it too).

Actually, you know what? I’m giving all this way more thought than it deserves. Everything you really need to know about this article is right there beneath the title. Listen to a Playlist with our 80’s selections on Apple Music (the fuckers even capitalized the word playlist). This whole thing makes way more sense as an advertisement for Apple Music than anything else. A year ago, P4K would’ve embedded Spotify links, or YouTube videos, or Soundcloud links but not now. As a curator for Apple Music that’s been running ads for Apple Music 24/7 for the past month, this whole thing stinks. But I guess as long as it doesn’t affect the actual content, then what’s the harm in a little—

Wait a second. Is that fucking NWA at #3?

Okay, first off, your authoritative historical list shouldn’t look like it’s biased in favor of a biopic that came out two weeks ago. Never mind the fact that Dr. Dre is an executive at Apple Music, and Apple Music (at this moment your biggest sponsor—that is to say, underwriter) has been featuring his new album as an exclusive on Apple Music. But aside from the brilliant & incendiary ‘Fuck Tha Police’ (#32) NWA (particularly Eazy and Ren) was a whole lot closer to 2 Live Crew than Public Enemy (#5 w/’Fight The Power’) so what’s the inferior ‘Straight Outta Compton’ doing ranked so high? It’s not because that’s what the movie’s called, is it?

Because, seriously, nobody thinks ‘Straight Outta Compton’ is a better song than ‘Fuck Tha Police’.

Didn’t get mentioned in the write-up (but there was a Weird Al reference so you know word count wasn’t an issue). Used to be you had to tie yourself into ideological knots in order to overlook this stuff (it’s part of the culture, they’re just playing characters, artistic freedom, etc.), which at the very least made for an interesting and necessary conversation. Now you can just ignore it, I guess. Or maybe it’s different when an artist calls one of your contributing editors a bitch instead of calling every woman in the front row at their show a bitch. This is how P4K felt about sexism six weeks ago in their review of Sun Kil Moon:

‘And since Mark Kozelek’s music is so specifically autobiographical, and because he is the central character in each of these songs, it’s doubly hard for his behavior not to have some impact.’

I’m 100% sure NWA’s music is seen as autobiographical, and yet for some reason their words didn’t have an impact.

Not on the Pitchfork staff anyway. But it did have an impact on some of the kids I knew growing up. Funny thing is, for them, the misogyny in NWA’s music wasn’t a stumbling block. It wasn’t ‘problematic’. It was a selling point. Same with 2 Live Crew. You listened to it, you laughed, and you called the girls around you bitches because it made your friends laugh and most of the girls around you didn’t have the healthiest self-esteems to begin with so they might even laugh as well, or at least find you intriguing. This can’t be stated enough. There’s nothing rebellious about calling a woman a bitch. We live in a sexist society from the top all the way down to the bottom, and misogyny, even casual, even joking, is one of the most conformist, conservative, cowardly things you can do. That verse in ‘Straight Outta Compton’ is the opposite of rebellion. It’s simply a cruder version of what most people think.

But this isn’t an article about misogyny in hip-hop, or misogyny in the California town I grew up in. Look, at some point, P4K needs to figure out where they stand on this. Because it’s a fucking joke to run sanctimonious stuff on The Pitch every day railing against corporatism & sexism and then turn around and run an article like this that champions both of these things (ONE female artist in the top 10? THREE in the top 20?). The stuff on The Pitch doesn’t come across as subversive; it makes your website look hypocritical & shallow, less trying to cover all the bases than trying to have it both ways. In trying to stand for everything, they’ve ended up standing for nothing. Not for music, not for social justice, not even for the freedom of artists to say what they want. Just money, I guess. And how fucking quaint and boring is that? You’re always going to have tension between art and commerce—that comes with living under capitalism. But there are two exceptions: you can have complete creative freedom and no money, or you can have lots of money but very little creative freedom. And the history of Pitchfork, and I say this as someone who’s been reading since 1999 and was invited to write back in 2002 (at the time, you got paid in CDs), has been a long slow slide from the former towards the latter.

And with this, an article sponsored by a music company that overrates one of the music company’s artists, it’s hard for me to tell what’s editorial and what’s advertising. Which isn’t anything new there—PR companies have been trying to game the system to the point where it would be helpful to list an artist’s representation at the top of the review along with their record label—but this week’s advertorial does feel like some kind of tipping point.

Oh well. At least Springsteen didn’t break the Top 50. I guess there’s some justice in the world.