Edward Sharpe and the Magnetic Zeroes – Person A 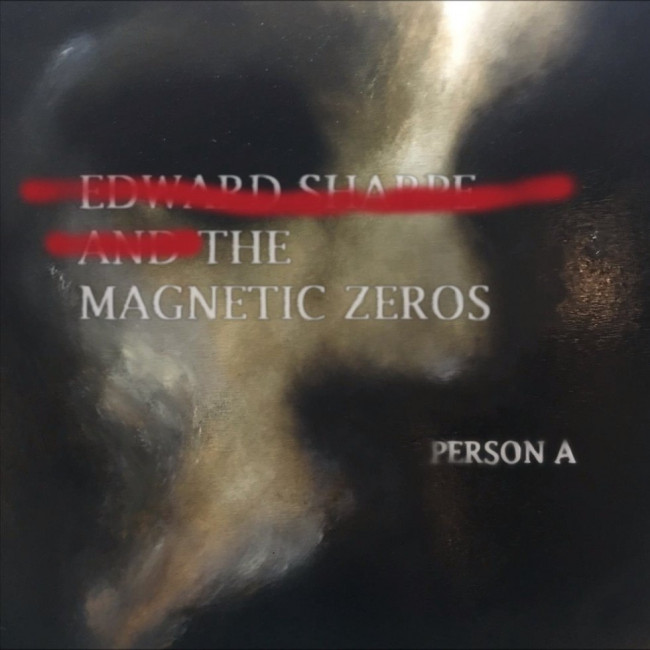 When Edward Sharpe and the Magnetic Zeros started off back in 2007, they had a vision of egalitarian unity with unofficial leader and main vocalist, Alex Ebert, at the helm. However, three albums into their experiment, Ebert noticed it was becoming less of a community of merry pranksters and more of a business venture. With the departure of distinctive Zeros vocalist Jade Castrinos earlier this year, the delicate cohesion of the band was in danger of dissolving in total.

The ten-person band reconvened in New Orleans at Ebert’s recently purchased recording studio, Piety Street Recording. Where their previous LP – a vastly sunnier effort – was a conjuring of energy, that offered up a wide array of possibilities, Person A offers solutions. More is at stake on this album than on any other Magnetic Zeros album to date. With songs such as ‘Let It Down’, for example, it is also a much more notably darker affair. While its songs are laced with hope, there is a menacing undertone floating just below the surface.

‘Hot Coals’ is the ideal opening track, instantly signaling to the listener that this is a departure from the band’s previous recordings. Ebert’s vocal range has grown substantially, bringing to mind the likes of Jeff Buckley and Devendra Banhart. The vocals pair perfectly with the creeping piano notes as the song progresses.

Stellar track ‘Uncomfortable’, leaves one wondering if Ebert et al somehow managed to get Nina Simone to provide guest vocals from beyond the grave, yet only Ebert provides vocal duties. ‘Uncomfortable’ reveals an overtly political statement, suggesting that in order to make changes, it is first necessary to feel unease.

Perhaps the most outstanding difference in Person A from their previous albums is the noticeable lack of female voices. At times, such as the above mentioned as well as in ‘Wake Up The Sun’, Ebert seems to channel a Nina Simone vocal inflection that – while compelling – begs the troubling concern, “Is this appropriation?”. While this reviewer sees little problem in this (the songs, after all, are fantastic), this lingering question remains, personal preferences aside. Long-time Magnetic Zeros devotees have themselves expressed extreme dissatisfaction with the lack of Jade, as well as the all-around general absence of a female presence on the new record, which cannot not be ignored.

There’s a difference between having range and doing voices. Ebert drastically needs to cultivate his own vocal aesthetic without relying on doing a voice because a song sounds like it should be a Nina Simone/Joe Cocker/Beatles song. This troubling proclivity has always been apparent, and now that the group has reached a higher level of prowess, this needs to be streamlined. It’s getting there, but Person A, still falls into these trappings.

While the album is less bombastic than what listeners have grown accustomed to over the years, tracks such as ‘Somewhere’ and ‘No Love Like Yours’ offers respite from the weightier numbers. Throughout the album, a precarious balance is attained that less adept artists would be hard-pressed to achieve. ‘Perfect Time’ is an absolute masterpiece; chilling and heartbreaking, it is an instant classic. This diversity of content keeps the album riveting from beginning to end, making it easily one of the most ingratiating long players to be offered so far this year.

Listeners might be disappointed to find a pointedly missing lack of barn stompers such as “Country Calling” or “I Don’t Want To Pray.” That big orchestral sound has been stripped away, but the aesthetic that the band has cultivated remains, albeit in a more sophisticated form.

It is exciting to be presented with an album as game-changing and challenging such as this. Edward Sharpe & The Magnetic Zeros are a band who could easily stay rooted in their comfort zone of sunny, hippie shenanigans – which would satiate the masses just fine. But when a group goes out on a limb, and does so with such riveting dimension, it is something to be commended. Better yet, they have emerged from a long break with an LP loaded with songs that will stand the test of time.