Faith in your Guts: The spontaneity, honesty and naivety of Jade Imagine 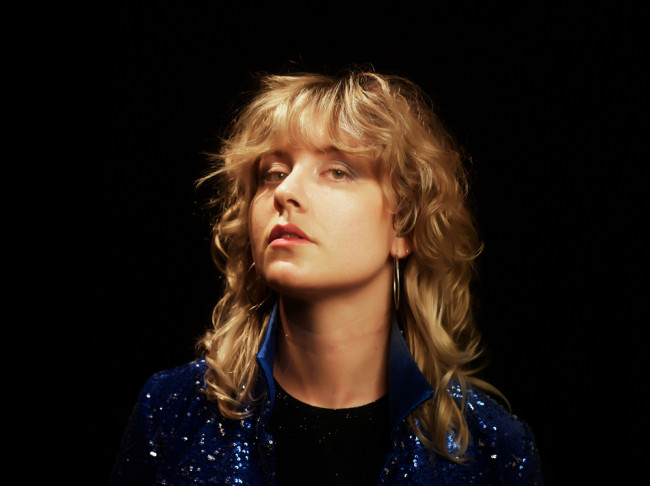 Jade McInally has had since January to make a call on the design of her tour poster, a decision that needs to be made today.

“I’m a last-minute girl” she admits, sat within the mid-afternoon rush of a Melbourne cafe, “but I need deadlines, I need them to impose themselves on my life”.

Admitting things comes easy to McInally. She says university was never really her thing; the draw of the guitar in the corner of her room pulling her away from an Arts/French degree, but Jade Imagine was never a clear vision in her head either.

She’s sometimes jealous of how easy it is for other bands to work as a unit of songwriters. Not that she’s some tyrant of her own band, saying, “I really admire bands that can work as a democratic thing, and I know bands that do that, but I don’t know how it works, they must have really good working relationships”. Though, when your first band (in McInally’s case, Tantrums) goes from being a duo straight to a sextet, just try keeping hold of the reins.

To McInally, seems like everything up until this point was pure luck, or a happy accident. To even start writing music again it took her sister to verbally (possibly physically) slap her across the face and just say, ‘dude, what the fuck are you doing?’.

Makes sense then that the title of her debut EP, on Melbourne’s Milk! Records, is What The Fuck Was I Thinking.

The EP was written in the six months surrounding McInally’s exit from university life and her return to performing. A shot of creativity taken in the middle of what McInally calls one of her “major breakdowns”, times that creep up whilst she’s doing something that, deep down, she doesn’t care about, not realising until she’s already boiled over with anxiety.

According to people she’s spoken to, the EP sounds like 90s garage rock married to dream pop; but McInally reckons it sounds like her hometown of Noosa, bring up memories of late night walks, small-town escapism, and wanting to ditch town even though she just signed a lease.

McInally’s sees her work from a wildly different perspective to critics or audiences. When she mentions Noosa, she doesn’t mean sunshine and surf-rock, she means growing up. “I figured I couldn’t go back up to Noosa all the time, so I thought; I’ll just bring Noosa here with these songs” she says.

Try get out of her what she thinks the meanings behind the songs are and McInally’ll say she figures out what they mean long after writing them, “a lot of my life is lived in hindsight” she says, “when I write, with time, the meaning infuses into the song…I write naively, I don’t analyse a lot of the lyrics, but they make sense to me now that they’re written.”

McInally’s thoughts show up in songs like ‘Stay Awake’, which has a chorus refrain simply asking “do you ever feel as though you’re not interesting enough?”, or the equally blunt; “hold onto people because you need them to feel good” from ‘Esteem’, which rumbles along on bassy guitar chords.

Watching her perform the songs live, she’s all chuckles, flubbed starts and wry glances to her band mates, but then she comes out with dark shit like “nobody really cares what you do” and punishes you for thinking this is just glossy pop-rock.

There are plenty of moments of that matter-of-fact-ness scattered throughout What The Fuck Was I Thinking, mostly relayed through McInally’s vocals, but the instrumentation takes choice opportunities to expand outwards from whatever bedroom or tiny space McInally’s voice occupies.

‘Walkin’ Around’ switches things up in the last minute, kicking the track’s meandering instrumental into an energetic key change of an ending, and closer ‘Tell Her She’s Dreaming’ builds to an almost triumphant synthesizer driven explosion, McInally towering high over everything.

McInally says most of What The Fuck Was I Thinking came into being as a “stream of consciousness”, but McInally rejects any connection between them.

She’s not stumbling about in the dark though; for her, there’s a strong intent behind every word that went into the project, “when writing the lyrics, I don’t think anything of them, but I also don’t question them; it’s just a matter of ‘oh, that’s what they are’, of course” she says.

Having faith in that gut feeling is a priority for her; lose that, and everything stops feeling right. Songs on What The Fuck Was I Thinking don’t demand a whole lot of analysis, but that’s all part of the charm.

“[It’s] what stopped me in the past, over-analysing or critiquing what I wrote too much. The EP was an exercise in writing quickly, not censoring, not trying to pick apart what the meaning was, not fuckin’…ruining it. Which is what I did with my first band, and it bummed me out.”

That whole statement basically sums up the record. Overthink art, music, writing, whatever, and you’ll just end up ruining it for yourself, or someone else.

McInally probably her art too seriously before Jade Imagine, but now her most successful EP is something that didn’t even have a title until it came to announce it: “late in the recording process, when I was submitting the tracks, Jen Cloher (Milk! Records label-boss) asked me, ‘wait, does the EP have a title?’, and I was just like ‘uhh, what the fuck was I thinking?…delete this shit! These songs are terrible!” she recalls, “and then she put it online as that and I was just like ‘oh, you actually did that…okay!’”.

2 Responses to Faith in your Guts: The spontaneity, honesty and naivety of Jade Imagine