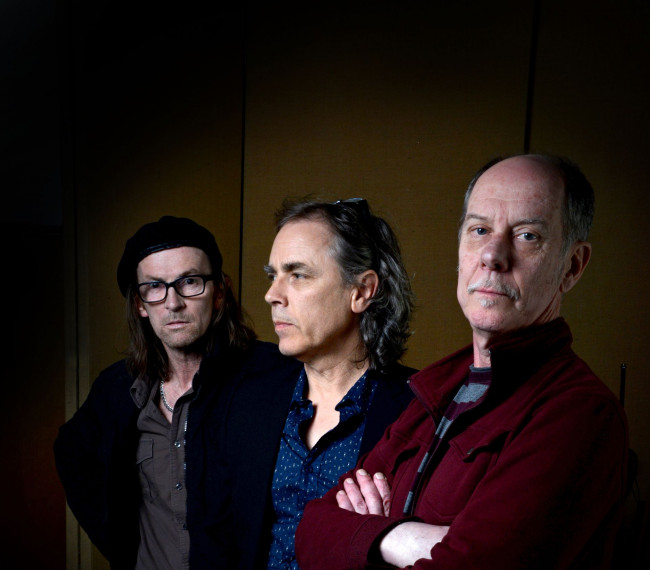 Suddenly the Models return. Back together for the sheer hell of it, they bring a party atmosphere to their QGOMA surrounds. Before the stage sizeable gathering nudge, jostle and clamour to find a position as four figures take the stage.

For those unfamiliar, this is a group which lived on the edge in a decade of excess. Kicking off as a punk band the Melbourne outfit embraced various electronic movements of pop and later rock with casual brilliance. At the zenith of their momentum, they spun the kind of big ‘80s anthems which catapulted INXS and Midnight Oil to international success. They sailed close to the winds of these contemporaries’ good fortune, but the world may not have been as receptive to the group’s ambition.

At the head of a tight musical unit, Sean Kelly seems genuinely appreciative and eager to please his attendant fans. Joining him is the reconvened line-up of Andrew Duffield, Mark Ferrie, and Ash Davies. Together they deliver a funkified barroom sound to full effect.

As Models cut into the set an older fan sways in self-induced ecstasy, mouthing every lyric. Capturing some of the influence of Marc Bolan, ‘Out of Mind, Out of Sight’ comes as an obvious favourite. The driving number plays out an equal mix of lunacy, abandon and goodtime excitement. Time has done little to diminish the group’s command over instrument or stage.

Sean introduces ‘Barbados’ with, perhaps, a hint of barely detectable disdain. A pop contrivance the single may be, but it’s also unquestionably the group’s biggest hit. Schmaltzy yes, but with a clever sense of rhythm, the summery anthem is surprisingly danceable. A bright moment of pop brilliance, it incites a massive reaction from within the crowd.

The offbeat charm of ‘Happy Birthday IBM’ provides an equally exciting rush of energy. Taken from debut ALPHABRAVOCHARLIEDELTAECHOFOXTROTGOLF it’s played with passionate intensity. Another pleaser, it showcases a well-constructed charm that the group possessed seemingly from the get-go.

Models didn’t adhere to as strict of a sonic profile as other period bands. Yet there’s something alluring about the unpredictable vacillations of their sound. Few among their peers could lay claim to such dramatic leaps. Its poppy, unpredictable and truly bizarre, but is the music of the Models still something that matters? Standing amidst a crowd hit by the kinetic impact of pop hooks and thick rhythmic grooves it sure as hell feels like it does.